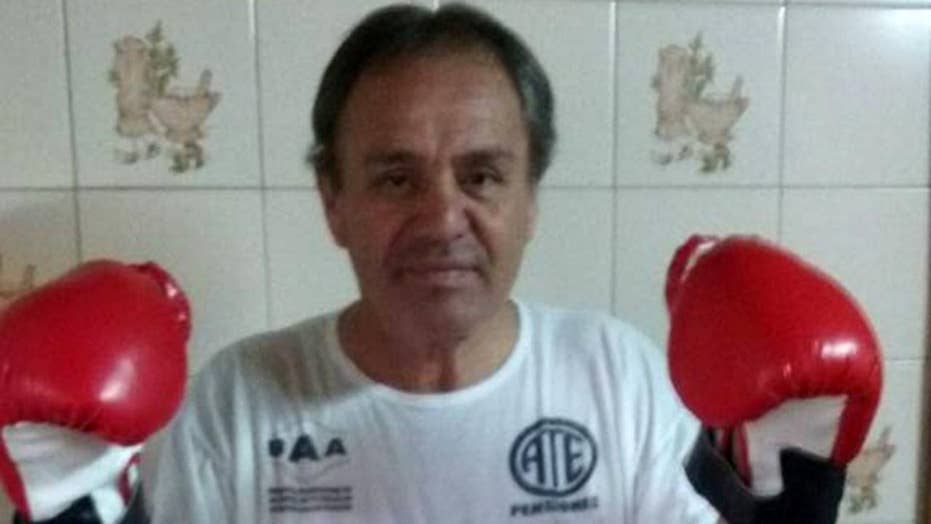 Former pro boxer, Mario Oscar Melo, 56, was attempting to finish as many croissants as he could in under one minute for an eating competition when he began choking on his third pastry.

A retired Argentinian professional boxer died in front of a horrified crowd on Sunday after he choked to death during a televised croissant-eating contest. Mario Oscar Melo, 56, was attempting to finish as many croissants as he could in under one minute. Outlets reported that he was on his third croissant when he began choking.

Melo’s sister told a local news station that she watched as her brother, who was a diabetic, collapsed behind the contest’s host and that people at first thought he was joking. She said he made repeated attempts to get the host’s attention for help.

According to Sports Illustrated, a firefighter and a doctor unsuccessfully attempted to dislodge the food from his throat while someone called for paramedics. He was pronounced dead at Pinamar Hospital.

The family of an American college student recently filed a lawsuit over her death after she choked during a school-sanctioned pancake-eating contest. Caitlin Nelson, 20, reportedly began to shake uncontrollably and fell to the floor after eating multiple pancakes in a short period of time. The lawsuit claims responding officers found a mass of pancake past "like concrete" in Nelson's throat.

As part of their filing, they called for more safety regarding food choice in eating competitions.