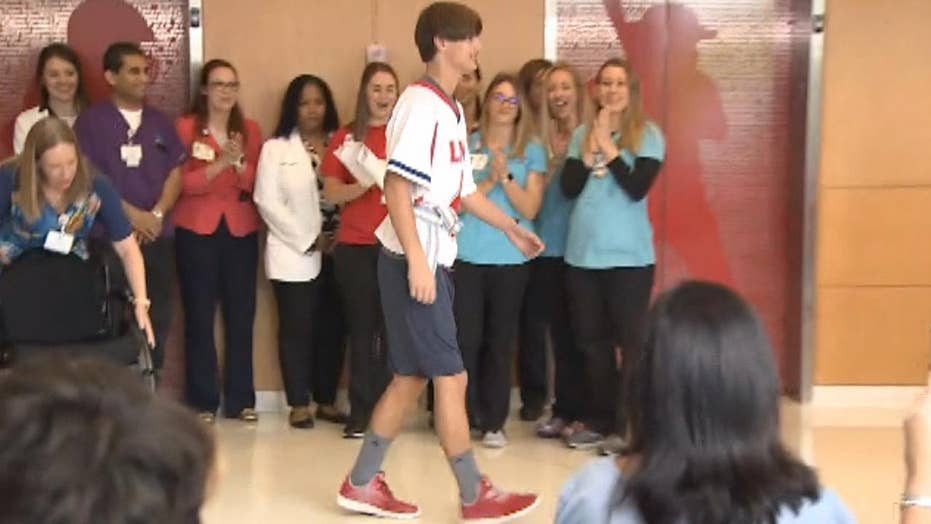 A Florida teenager defies the odds after a devastating injury on the lacrosse field.

A Florida high school lacrosse player who was temporarily paralyzed from the chest down in a hit-from-behind earlier this month walked out of the hospital on his own on Thursday in front cheering supporters.

“When I took those steps, my legs were like aching, and I just remember thinking like, ‘I’m doing it, the pain will go away. I’m walking at least,’” Chase Lalone, Westminster Academy lacrosse captain said of his first steps in rehab.

Lalone, who was injured on March 2 and flown to Memorial Regional Hospital for emergency surgery, wasn’t sure if he would ever walk again, WSVN reported. His surgeon, Dr. Andrew Rosenthal said in a press conference that the most serious cases they deal with involve brain or spinal cord injuries.

“I did doubt that I would walk, but I didn’t doubt that I could push myself to be able to make progress,” he told the news outlet.

After weeks of intense physical therapy, Lalone, wearing his lacrosse jersey, stood to the chants of “Pack your bags! Go out the door! No more rehab anymore!” and walked toward the door. His teammates, who said they initially didn’t realize the seriousness of his injury, were there to witness him regain what they thought he may have lost.

Lalone’s mom, Amy, credited her son’s teammates and the physical therapists, surgeon and staff for helping to push her son each day.