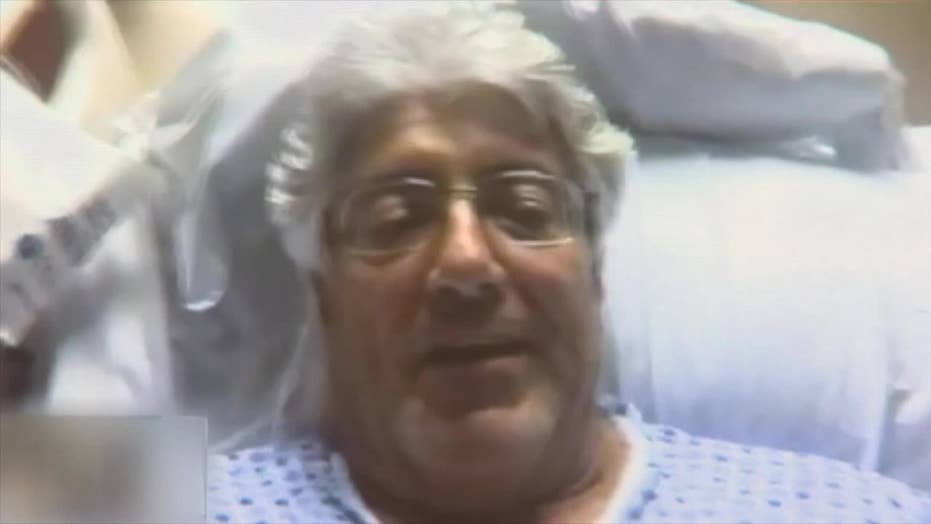 George Billiris noticed a burning feeling on his legs before developing chills and a fever, he was taken to a hospital where he is now recovering.

A boat captain who took his grandson fishing near the Gulf of Mexico last month said less than 24 hours later he noticed pain and blistering near a few scabs on his leg. His family quickly recognized the severity of his symptoms and rushed him to the hospital, where he was diagnosed with Vibrio vulnificus and has been receiving treatment since July 23.

“If I didn’t get treatment, I’d probably be dead,” George Billiris, told Fox 13 News, from his bed at Mease Countryside Hospital in Safety Harbor, Fla.

FLORIDA MAN SAYS FLESH-EATING BACTERIA MAY HAVE ENTERED THROUGH NEEDLE PUNCTURE WOUNDS ON BACK, BUTT

He said he had heard of the recent deaths and infections stemming from the waters in the Gulf of Mexico, but it wasn’t really on his radar because it hadn’t happened to him or his family.

“Not one of those things you really think about until it hits you — thank God for that I got family who cared enough to rush me off quickly,” he said.

He said doctors believe his course of antibiotics and prompt treatment have helped reverse the infection.

Vibrio vulnificus is one of about a dozen species of Vibrio bacteria that can cause human illness, according to the Centers for Disease Control and Prevention. It naturally lives in coastal waters and is present in higher concentrations when the water is warmer in temperature.

People with a compromised immune system or liver disease are more likely to develop severe illness or complications, but it can occur in anyone who eats raw or undercooked shellfish, as well as those who enter brackish waters with open wounds.

Vibrio vulnificus can cause serious illnesses or even lead to limb amputation. The CDC reports about 1 in 7 people with a Vibrio vulnificus wound infection dies. And while Billiris recognizes the seriousness of his infection, he’s grateful that his 10-year-old grandson was unaffected.

“I’m more thankful that he didn’t contract it because he was in the water with me,” he said.