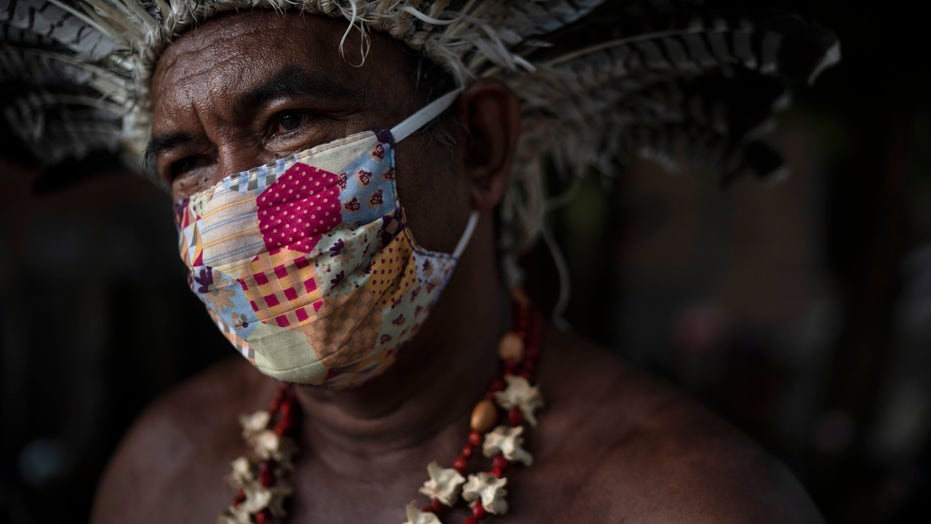 A member of one of Ecuador's indigenous Amazon tribes has become the first tribesperson in the country to be infected with the coronavirus, health officials announced on Sunday.

The infected person was described as a 17-year-old pregnant woman from the Waorani tribe who started showing symptoms on May 4. She was taken to a hospital in Quito, the capital of Ecuador, and placed in isolation, a health ministry statement said.

Ecuador's federal government worked with indigenous leaders to check on 40 people the woman contacted within the Miwaguno community, according to the Agence France-Presse.

"Seventeen citizens with a history of respiratory systems were found. To date, six of them have symptoms, so 20 rapid tests and a total of seven nasopharyngeal swabs were performed," the health ministry said.

The test results and details on the girl's health have yet to be made public.

Waorani organizations had warned that the impact of COVID-19 on their communities could become "catastrophic and highly lethal," due to their vulnerability to diseases, according to the news agency. The Miwaguno community has roughly 140 inhabitants.

The Waorani nation has about 2,000 members who live within the modern Orellana, Napo, and Pastaza provinces of Ecuador -- located in the far western region of the Amazon.

They traditionally lived as nomadic hunter-gatherers in small clan settlements, according to Amazon Frontlines, a non-profit that works with indigenous peoples to defend their right to live in the Amazon.

Meanwhile, the coronavirus pandemic has reached 38 Indigenous groups in Brazil, impacting a fearful population that has a history of being affected by outside diseases.

Pedro dos Santos, the leader of a community named Park of Indigenous Nations, poses for a photo, in Manaus, Brazil this May. Manaus' lack of the new coronavirus treatment prompted Pedro dos Santos to drink tea made of chicory root, garlic and lime to combat a high fever that lasted 10 days. (AP Photo/Felipe Dana)

On Friday, a survey by the Brazilian Indigenous Peoples' Association (APIB) reported 446 cases of the coronavirus and 92 deaths among the groups -- most of them located in the Brazilian Amazon.

Graves for people who have died in the past month fill a new section of the Nossa Senhora Aparecida cemetery, amid the new coronavirus pandemic, in Manaus, Brazil. (AP Photo/Felipe Dana)

"The virus is reaching indigenous territories across Brazil with frightening speed," APIB said in a statement, according to Al Jazeera.

As of Monday morning, Ecuador had more than 33,182 confirmed coronavirus cases and at least 2,736 deaths from the virus, according to data from Johns Hopkins University.

Ecuador's port city of Guayaquil was described as the center of one of Latin America’s worst outbreaks of the coronavirus throughout March and April. Cemeteries ran out of space and families were forced to store their relatives’ dead bodies in their homes or on the streets, Reuters reported.

Attention in the country is now being directed towards Quito, which has 2.8 million residents under strict lockdown.

“Quito’s health system is reaching its limit,” the city’s mayor, Jorge Yunda, said on Friday, according to the news organization.

In Brazil, the outbreak has grown in recent weeks. The country has seen more than 241,080 coronavirus cases and at least 16,100 deaths from the virus. It's behind only the U.S., Russia, and the United Kingdom in terms of the total number of cases.