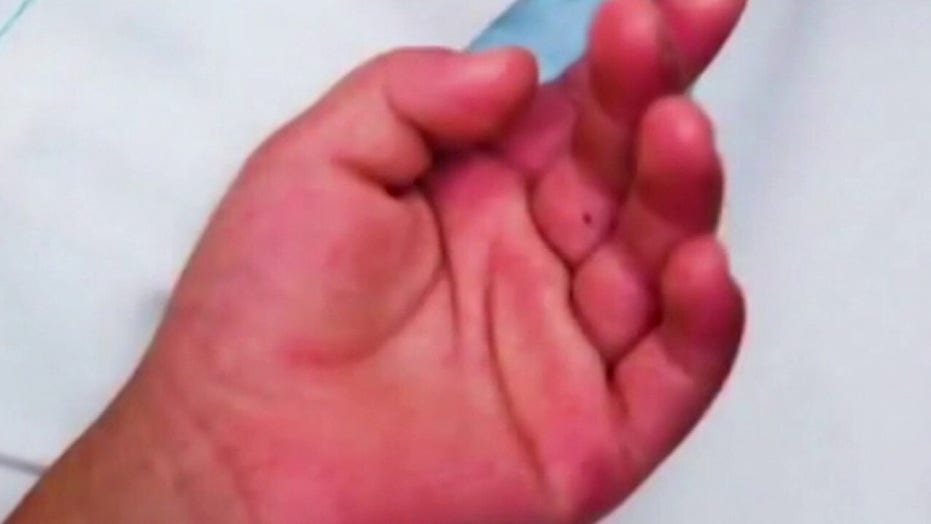 Potential link between coronavirus and inflammatory syndrome in children

Oregon and Mississippi this week joined a seemingly growing list of states that have reported cases of a mysterious inflammatory illness in children that experts think is possibly related to the novel coronavirus.

In Oregon, a child being treated for a COVID-19 infection at Randall Children’s Hospital in Portland has become what is said to be the state’s first case of "pediatric multi-system inflammatory syndrome," which is reportedly similar to Kawasaki disease, or a condition that causes swelling in medium-sized arteries throughout the body.

The Oregon Health Authority (OHA) on Wednesday announced the case in a young female patient. No other details were provided.

“We don’t believe this syndrome is very common, but several cases have been reported elsewhere in association with COVID-19,” said Dr. Paul Cieslak, the medical director for infectious diseases and immunizations at the OHA Public Health Division, in a statement. “This syndrome appears to be an uncommon but serious complication of COVID-19 in children.”

Meanwhile, in Mississippi, health officials announced what is also thought to be the state’s first case of pediatric multi-system inflammatory syndrome (PIMS). Speaking at a news conference on Thursday, Mississippi State Health Officer Dr. Thomas Dobbs said the state has one suspected case that officials are now investigating.

“It’s primarily in kids less than five years of age. We will start collecting case reports from physicians. It’s been becoming a reportable condition now in Mississippi. Physicians need to tell us so we can then report it on the CDC,”  Dobbs said, according to a local news outlet. “Thus far, we have one suspect case of this syndrome that we are looking into right now.”

More cases of the Kawasaki disease-like inflammatory condition are likely to pop up in other children around the country as the virus continues to spread, experts have warned.

Already this week, for instance, officials from Yale-New Haven Children’s Hospital (YNHCH) in Connecticut announced three cases of the condition in pediatric coronavirus patients there. The cases are said to be the state’s first and have since been reported to the Connecticut Department of Public health, the hospital said in a news release.

The condition has also affected several patients at Children’s Hospital Los Angeles in California, as well as at least one child in Louisiana.

A 6-month-old who was hospitalized in California with Kawasaki disease last month also tested positive for COVID-19, Reuters reported at the time. Meanwhile, physicians in Washington, D.C., have also recently reported cases of the mysterious condition.

The news comes after British health authorities, in a warning to health care professionals in late April, said that some severely ill pediatric patients in the country — including some who were positive for the coronavirus — presented an “unusual clinical picture” that included inflammatory symptoms possibly linked to COVID-19.

The U.K. Pediatric Intensive Care Society (PICS), citing an email alert from the National Health Service (NHS) in England, said in a news release that health officials had reported “a small rise in the number of cases of critically ill children presenting with an unusual clinical picture” at the time. More specifically, it is a “multi-system inflammatory state” that may be connected to the novel virus.

“The cases have in common overlapping features of toxic shock syndrome and atypical Kawasaki disease with blood parameters consistent with severe COVID-19 in children. Abdominal pain and gastrointestinal symptoms have been a common feature as has cardiac inflammation,” the NHS notice reads, according to PICS.

Dr. Jacqueline Szmuszkovicz, a pediatric cardiologist at Children’s Hospital Los Angeles, recently said that children who have a fever that lasts for four or more days should seek medical attention.

“Certainly, if they see any of the other signs — the rash, the red tongue, red eyes — we encourage them to seek care,” she told  The Los Angeles Times.