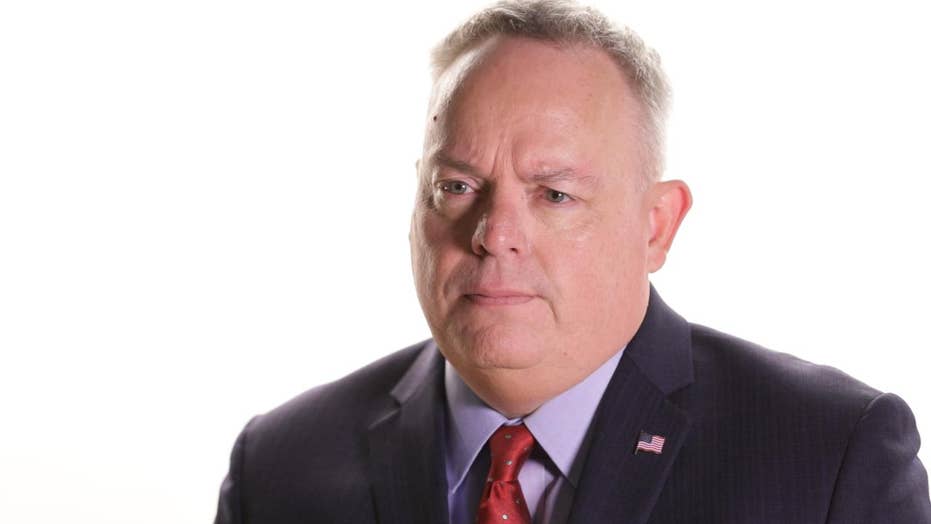 Most of the illicit fentanyl – an often lethal substance that is 50 times more potent than heroin, and up to 100 times stronger than morphine – found in the United States comes from China. 'The Chinese are not a friend on this issue,' James Carroll said to Fox News.

U.S. drug czar James Carroll is preparing to travel to China later this year to check whether the government is keeping its promise to crack down on fentanyl production and trafficking.

Most of the illicit fentanyl – an often lethal substance that is 50 times more potent than heroin, and up to 100 times stronger than morphine – found in the United States comes from China. Fentanyl has driven up the number of overdose deaths to a record level.

China recently announced that beginning this month, it would regulate all fentanyl-related drugs as a class of controlled substances. Previously, under pressure from the United States, China classified some substances used to make fentanyl as controlled substances, but people and organizations involved in manufacturing the drug got around those laws by using other materials.

"We now need to make them live up to that agreement so that they will stop sending that drug out of China to the U.S.," Carroll said of China's promised new regulatory move. "[Chinese officials] absolutely have a role, they have to step up, they have to be aggressive. If they want to maintain a good relationship with the U.S., they have to take us seriously. The Chinese government has to do more, they have to stop spreading this poison around the country."

Drug overdose deaths have reached such an alarming rate in the country that in some areas morgues are operating at capacity, and many Americans know someone, or know of someone, whose life was cut short because of the epidemic.

“Business cannot go on as normal,” said Carroll, whose official title is Director of the Office of National Drug Control Policy (ONDCP). “These drugs are coming in and are killing 70,000 Americans a year. That’s like one commercial airplane going down every day.”

President Trump said that during the G-20 summit in Argentina late last year, he pressed Chinese President Xi Jinping to get tougher about the illicit fentanyl market in China.

U.S. officials have been leery of China’s assurances over the years that it is making an earnest effort at cracking down on producers and traffickers of fentanyl. On the one hand, Chinese officials have said they would help combat the role of its citizens in the black market fueling the epidemic, and on the other hand, they often have expressed skepticism that the crisis is as dire as U.S. officials described it to them.

In the Chinese government’s announcement about classifying all fentanyl-related derivatives, officials made a point of casting doubt on the existence of an overdose crisis and also of blaming the U.S. appetite for drugs.

They know President Trump is serious about this, they know I'm serious. It's their time to show the world that they're not to be a [global] drug dealer.

“China’s control over fentanyl drugs is very strict,” said Liu Yuejin, vice commissioner of the National Narcotics Control Commission, according to The New York Times. “It cannot be the main source for the United States. The U.S. accusation lacks evidence and is contrary to the facts.”

“The Chinese are not a friend on this issue,” Carroll said to Fox News. “They’re becoming the drug dealer of the world.”

Carroll said that Mexico's government, for its part, also has to make a more serious effort to dismantle the drug manufacturing and trafficking underworld.

But Carroll said the illegal drug trade in both China and Mexico breed corruption, perhaps tempting some authorities to look the other way and remain silent.

Asked if he thought that was why neither government seemed to be doing enough in the view of the U.S., Carroll said: "Certainly there a lot of people who are benefitting. There's a lot of money involved in the sale and production of fentanyl. We know corruption is widespread in China. That about the best I can say."

Longtime China observers believe that it will take more than helping to fight drug addiction and fatalities to motivate Beijing to mount a meaningful fight against the fentanyl black market.

“They are not going to do it, the record says, unless they get a trade deal, or we threaten them in the absence of a trade deal,” said Derek Scissors, an expert on Sino-U.S. economic relations at the American Enterprise Institute think tank, to Reuters. “They can stop this if they want, but they won’t unless they see a deal.”

Mexico also is rife with corruption, Carroll said, adding: "There are some great people in Mexico who want to clean up, who don't want to be known [for] this."

"But we're doing our part, they need to do theirs."

The Drug Enforcement Administration has said that Mexico's Sinaloa and Jalisco New Generation cartels are the main distributors of fentanyl produced in China. Once it is sold in the U.S., often it is mixed into other drugs, or pressed into counterfeit pills made to mimic prescription medication, unbeknownst to the person who consumes it. Fentanyl increasingly is getting into the U.S. via the postal service, posing a great challenge to investigators.

Drug overdose deaths linked to fentanyl saw a sharp rise from 2013 through 2016, doubling each year, according to new data released by the Centers for Disease Control and Prevention (CDC). While the number of fentanyl-related overdose deaths was roughly the same, slightly more than 1,600, in 2011 and 2012, they rose to nearly 2,000 in 2013 and by 2016 had reached 18,335, the CDC said. The year 2016 was the latest year analyzed in the data.

Death certificates citing an overdose mentioned fentanyl more than any other drugs. Often, fentanyl was found along with heroin or cocaine.

Other CDC studies have showed that fatalities involving fentanyl accounted for some 28,000 of about 70,000 overdose deaths of all kinds in 2017.

"We're heading over to China to make sure that they're enforcing [laws and regulations]," Carroll said. "They know President Trump is serious about this, they know I'm serious. It's their time to show the world that they're not to be a [global] drug dealer."