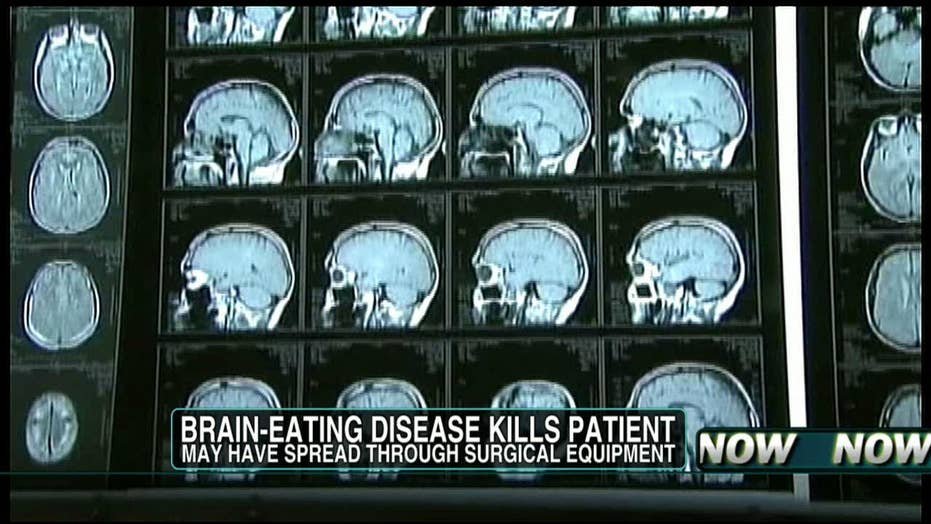 A patient who had brain surgery at a New Hampshire hospital and may have exposed others to the rare, degenerative brain disease Creutzfeldt-Jakob died of it, public health officials confirmed Monday.

After the patient died in August, officials suspected Creutzfeldt-Jakob, an always-fatal disease characterized by rapidly progressive dementia. But the only way to confirm it is through a brain biopsy or autopsy.

The patient had brain surgery at Catholic Medical Center in Manchester in May. Officials warned eight other patients they may have been exposed because the proteins that cause the disease survive standard techniques used to sterilize surgical equipment.

Five others in Massachusetts and Connecticut also were notified because the equipment was rented and used elsewhere. But officials say such transmission is extremely rare.

The disease progresses rapidly once symptoms appear and is always fatal, usually within a few months. But the symptoms can take decades to show up. They include behavior changes, memory loss, impaired coordination and other neurological problems.

Nearly 90 percent of cases of Creutzfeldt-Jakob disease happen spontaneously, when an agent causes proteins in the brain to fold incorrectly. And because those abnormal proteins can survive standard sterilization practices, there is a small risk of exposure for those who had surgery after the patient who died, according to Dr. Joseph Pepe, president of Catholic Medical Center.

About 200 cases of Creutzfeldt-Jakob disease are recorded annually in the United States, according to the National Institutes of Health. In fewer than 1 percent of cases, the disease is transmitted by exposure to brain or nervous system tissue, and there have been only four reported cases of transmission via surgical instruments. None of those were in the United States, and the most recent case was in 1976, Pepe said earlier this month.

Worldwide, Creutzfeldt-Jakob affects about one person in every one million each year; in the United States, about 200 cases are recorded annually, according to the National Institutes of Health.

In South Carolina, Greenville Hospital System last year began increasing the temperature used to sterilize its surgical instruments after a patient was discovered to have Creutzfeldt-Jakob. Eleven patients there were notified that they might have been exposed.