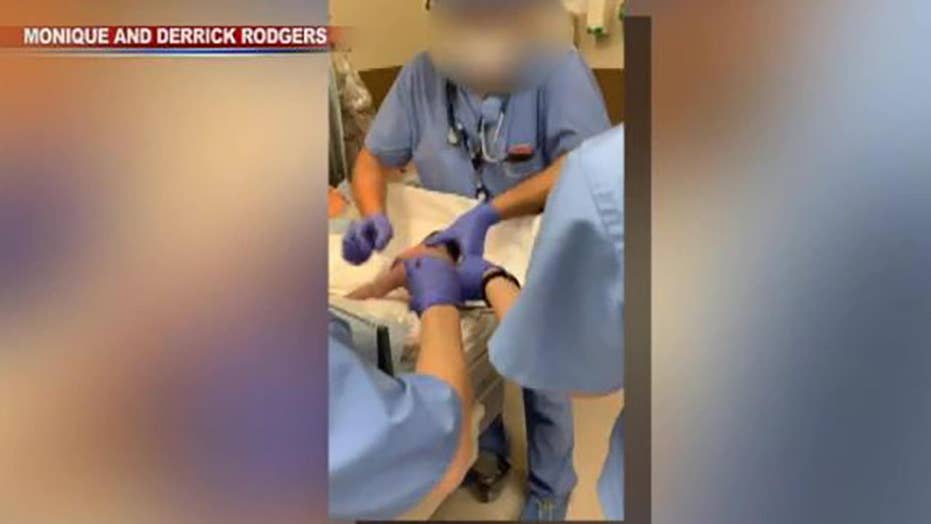 A prematurely born twin girl was dropped on her head by hospital staff moments after birth at Chandler Regional Medical Center in Arizona last February and suffered a brain hemorrhage days later, the child's parents claim.

A video recorded by the infant’s father allegedly showed a staffer pick up the girl, Morgan, with one hand and the girl somehow slips and lands head first on the bassinet, almost falling off the table, the father said.

Monique and Derrick Rogers, the parents, are threatening legal action, claiming the hospital staff never explained why their daughter suffered from a brain hemorrhage days later.

Dignity Health Chandler Regional Medical Center said it cannot comment on or provide specific information regarding the incident in question due to patient privacy laws.

Morgan was required to stay in the neonatal intensive care unit for 12 days because she was underweight. An ultrasound performed on the fifth day showed Morgan had a grade 1 hemorrhage on the left side of her brain, her mother told Fox 10 Phoenix. The mom said she was never given more information about the test results, including whether the hemorrhage was related to her birthweight or a result of the fall.

"It's just traumatic," the mother said. "You go through this for nine months, and for them to just drop your baby. You don't know if there's going to be long-term damage, because nobody has talked to you. Nobody has brought it to your attention."

"The safety of our patients and their families is always our top concern,” the hospital continued in a statement to Fox 10 Phoenix. “The medical team at Dignity Health Chandler Regional Medical Center takes this matter extremely seriously and is working to conduct a comprehensive review."