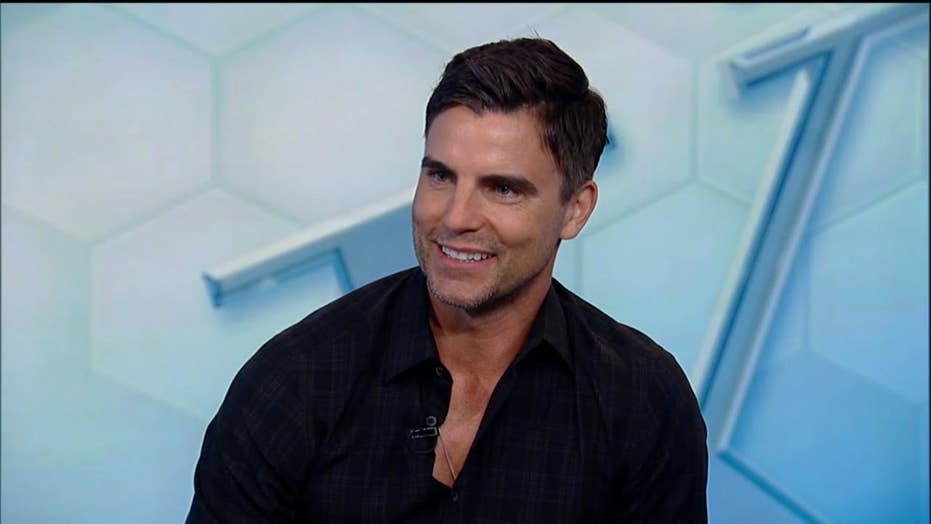 Actor Colin Egglesfield on testicular cancer diagnosis: ‘It’s not something that men normally want to talk about’

Actor and former soap star Colin Egglesfield sits down with Fox News’ Dr. Manny Alvarez to talk about his new book ‘Agile Artist: Life Lessons from Hollywood and Beyond.’ The book shares details on how he survived not one but two cancer diagnoses, both during the height of his career.

Soap fans will recognize Colin Egglesfield from his days on “All My Children,” while others will recall when PEOPLE magazine named him “Sexiest Man Alive.” But the actor-turned-author has added another title to his resume, and he’s hoping that it’s one people find most inspiring: Testicular cancer survivor.

Egglesfield, now 46, said he was just nine months into his big break as “Josh Madden” on “All My Children” when he got the first diagnosis.

“It’s not something that men normally like to talk about, and for the longest time, I didn’t want to talk about it because it’s something very personal,” Egglesfield told Fox News. “I just noticed that my left testicle had swelled up, and I went to see the doctor and he said that we needed to do some tests, ultrasound, a blood test. And they discovered that it was at a pretty advanced stage, and did the surgery and found that some of the cancer cells had gone through the veins and arteries to the kidneys.”

Egglesfield underwent surgery to remove the cancer, but on the one-year anniversary of his initial diagnosis, doctors discovered it had spread to his other testicle as well. The chances of that happening are pinned at around 5 percent.

“It’s not something that men normally like to talk about, and for the longest time I didn’t want to talk about it because it’s something very personal."

In 2019, experts predict 9,560 new cases of testicular cancer will be diagnosed in the U.S., with about 410 patients dying from the disease, according to the American Cancer Society. The cancer is not considered common, as only 1 in 250 males develop testicular cancer, with 33 typically being the average age of a patient. Only about 6 percent of cases occur in children and teens, and about 8 percent occur in men over the age of 55.

Because it is typically easy to treat, the American Cancer Society said a man’s risk of dying from the disease remains low.

Egglesfield completed treatment and was eventually declared cancer-free. His experience inspired him to doing volunteer work with St. Jude’s Children’s Hospital, where he finds it easy to relate to kids and families going through treatment. That feeling snowballed into an idea for his book, “Agile Artist.”

“This was 13 years ago, so thankfully I am cancer-free,” he told Fox News. “I feel like at this point in my life, it made sense to put it down on paper.”

In the book, Egglesfield reflects on the importance of going after your dreams, and how he used tools he gleaned from acting to help him though cancer treatment.

“I talk about how to go after what really matters to you in life and how to overcome challenges that stand in the way of making that happen,” he said.