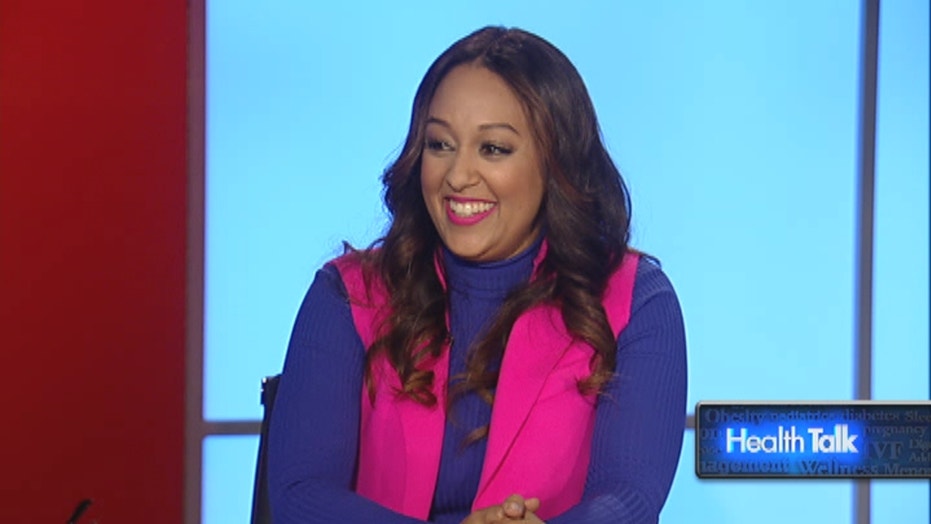 Actress Tia Mowry shares her tips for avoiding the flu

Flu season peaks between December and February making now the time to get vaccinated. Actress and mom Tia Mowry shares her tips on how to keep the whole family protected this season

At the start of every October, doctors and media alike herald the importance of getting the flu vaccine. Each year, scientists predict what strain of the flu will hit that season, and accordingly prepare the vaccine for application, which physicians say is the best step you can take to protect against the virus. But if you still haven’t been vaccinated, it’s not too late.

Take it from actress and mother-of-one Tia Mowry, who is using her celebrity to help educate mothers about flu prevention, as well as raise awareness of FluMist Quadrivalent, the first and only nasal-spray flu vaccine for people ages 2 to 49. Mowry, who stars on Nickelodeon’s “Instant Mom” and hosts the Cooking Channel’s “Tia Mowry at Home,” has partnered with MedImmune/AstraZeneca for the cause, “Mom ‘Nose’ Best.”

“I personally believe that the best way to prevent oneself from getting the flu is to get vaccinated— it’s that simple,” 37-year-old Mowry, who earned national fame in the ’90s for her role as the other half to twin sister Tamera Mowery on the hit TV show “Sister, Sister,” told FoxNews.com.

Mowry grew up with parents who always got her and her siblings vaccinated. Today, she still gets vaccinated annually, but her husband, actor Cory Hardrict who is 36, and her 4-year-old stepson, Cree Taylor Hardrict, have not yet gotten vaccinated. She said she would make sure they receive the vaccine by January and February, when the flu season peaks, and pointed out that her family’s plan is proof that it’s not too late to prevent against the flu.

“That’s the coolest thing about this flu vaccination,” Mowry said. “A doctor or nurse sprays it up each nostril— it’s as simple as that. [Cree] had allergies, so he’s used to getting things sprayed up his nose. He prefers [the nasal spray] as opposed to needles.”

According to the Centers for Disease Control and Prevention (CDC), healthy individuals of the appropriate age and who are not pregnant can use the nasal spray for vaccination against the flu. Health care workers who are in contact with patients who have severely weakened immune systems and require hospitalization in a protected enviornment are an exception. For those workers, the CDC recommends the inactivated flu vaccine— the flu shot— instead.

In immunosuppressed individuals, as well as those who are young or elderly, the flu can be life threatening.

Here are Mowry’s tips for protecting your family against the flu:

1. Schedule your pediatrician appointment wisely
To avoid stressful crowds, Mowry opts for scheduling appointments at the beginning OR? at the end of the day.

2. Change your child’s clothes when he or she comes home from school
Mowry pointed out that bacteria associated with the flu can live on surfaces for up to eight hours, so changing their clothes when they return from the classroom can help prevent any potential spread of germs.

3. Keep your child home from school if they’re sick
The flu isn’t like the common cold— it can lead to hospitalization, and it’s more infectious, Mowry pointed out.  According to the CDC, each year on average 5 to 20 percent of the U.S. population gets the flu, and more than 200,000 people are hospitalized due to complications that arise from the seasonal flu. Keeping your child home from school if they have the flu will help speed their recovery, as well as protect their classmates and teachers from getting ill, Mowry said.

4. Station humidifiers in kids’ rooms
Keeping indoor air more humid may help slow the spread of the flu virus, and Mowry said hers helps create a comfortable environment for Cree.

5. Emphasize hand-washing
Mowry likened children’s interactions to “a big love fest,” with kids putting their hands on each other’s mouths and on their noses. To help protect her son against germs, Mowry keeps hand sanitizers with her at all times, and washes counters and door knobs frequently. She also washes her hands often to protect herself against potential flu-causing germs.

6. Substitute sweets with antioxidant-rich fruits
For Cree, Mowry opts for a creamy smoothie made with bananas, avocados and oranges. Some studies suggest the immune-system boosting nutrient may protect against the flu.