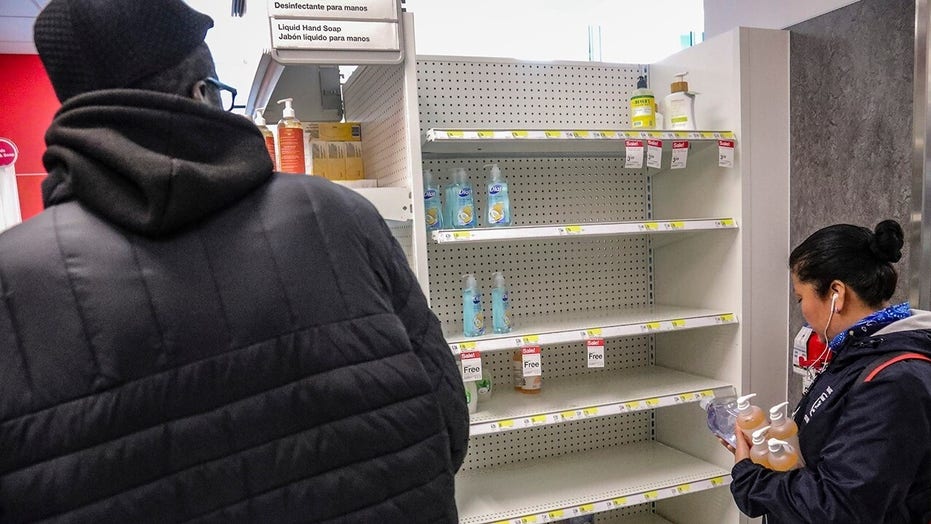 Stores struggling to keep up with demand for coronavirus supplies

New York City Mayor Bill de Blasio announced two new cases of coronavirus in New York City residents on Thursday and said that both patients are currently in the intensive care unit and have no connection to any of the other reported cases or travel history to areas currently experiencing a COVID-19 outbreak. Hours later, New York Gov. Andrew Cuomo said the total number of cases in the state had risen to 22, and that a patient on Long Island was also hospitalized but is not in the intensive care unit.

Cuomo did not immediately reveal details of the new patients but said that eight of the 11 new cases reported on Thursday were connected to the 50-year-old Westchester County man who remains hospitalized but is said to be improving. The man's wife, two children, his neighbor and five others are also among the 22 cases reported in the state.

Cuomo said that none of the eight new patients in Westchester County are hospitalized at this time. He later revealed that the Long Island patient is a Nassau County resident.

In a series of tweets posted on Thursday morning, de Blasio said the two cases in New York City involved a man in his 40s and a woman in her 80s.

"There are two more confirmed cases of COVID-19 in New York City," the mayor tweeted. "One new patient is a man in his 40s, and one new patient is a woman in her 80s. Neither patient has a connection to travel nor any of the other localized individuals diagnosed with COVID-19."

"Both are currently hospitalized and in the intensive care unit," he said in a follow-up tweet. "City disease detectives are tracing close contacts of both individuals and will ensure they are appropriately isolated and tested immediately."

De Blasio said New Yorkers should "be prepared and vigilant, but not alarmed," as more cases of community transmission begin to pop up.

He also called on the Centers for Disease Control and Prevention (CDC) to send more test kits to the city and to "expedite the approval of any testing approaches developed by private companies."

"Our single greatest challenge is the lack of fast federal action to increase testing capacity -- without that, we cannot beat this epidemic back," he tweeted.

The state's first case involves a 39-year-old health care worker who lives in Manhattan and had traveled to Iran. She has been recovering at her home and did not need hospitalization. Her husband, who was also experiencing possible symptoms, tested negative.