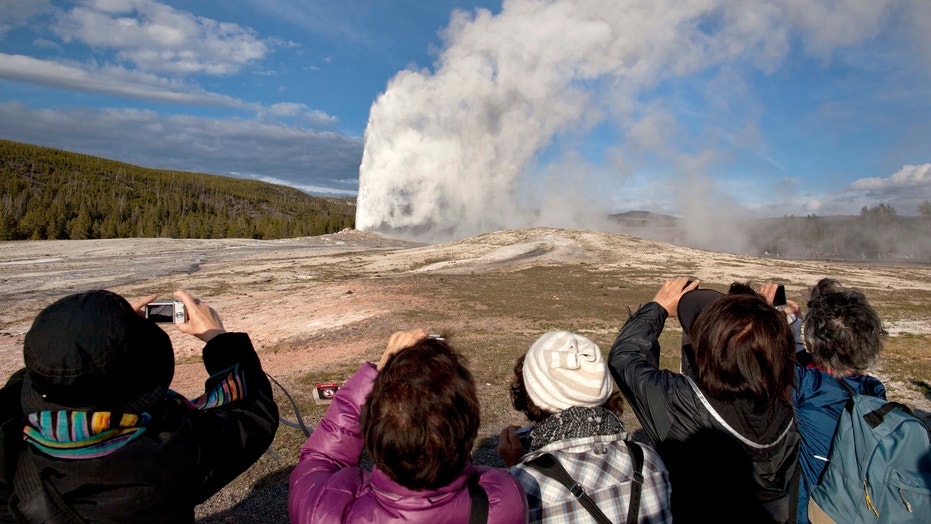 Two men who trespassed on the cone of the Old Faithful geyser in Yellowstone National Park in Wyoming were sentenced to 10 days in jail and have been banned from the park for five years, the park announced Thursday.

Park employees and witnesse saw the pair walking on the cone of the famous geyser -- a closed-off area -- on Sept. 10 and reported it to dispatch. The men were cited by a park ranger after at least one witness shared cellphone photos with authorities.

“Visitors must realize that walking on thermal features is dangerous, damages the resource, and [is] illegal,” Chief Ranger Sarah Davis said in a statement.

The geyser is said to erupt about every 67 minutes.

The pair was also ordered to pay $540 each in restitution; they will each be subject to five years of unsupervised probation.

The ground in hydrothermal areas is fragile and thin, and there is scalding water just below the surface, the park said. Visitors are required to remain on the boardwalks and exercise extreme caution around thermal temperatures.