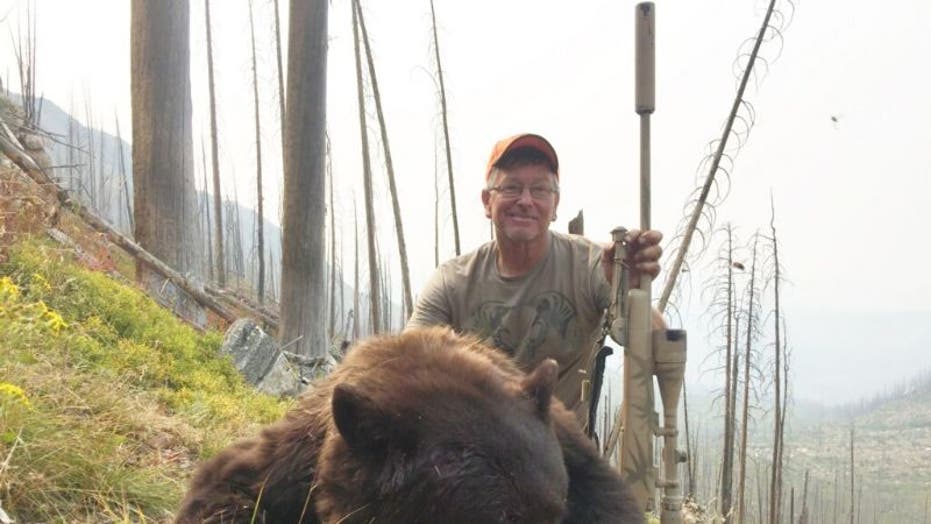 Wildlife officials in Colorado have proudly announced their latest successful efforts to put “another poacher out of business.”

Robert Stalley, from Pierre, S.D., has been handed a 12-year ban on hunting and fishing for failing to harvest the meat of a black bear he killed in Steamboat Springs, Colo., in 2017, taking only the mammal’s head and hide. Stalley, 58, was also accused of trying to mislead Colorado Parks and Wildlife (CPW) officers during their investigation.

COLORADO MAN GETS HIMSELF LIFETIME HUNTING, FISHING BAN: 'POACHER, NOT A HUNTER'

The sentence was handed down by a hearing officer with CPW on June 25. Stalley was convicted at a previous hearing.

"During my interview with Mr. Stalley at his South Dakota home, he stated that he did take bear meat from the backstraps and hindquarters and that he ate some and gave some away; however, our investigation proved otherwise," Wildlife Officer Jack Taylor, of Steamboat Springs, said in a news release issued Monday.

"In addition, Mr. Stalley took deer meat from the same location that the bear was harvested but chose to leave all of the bear meat behind, removing only the head and hide."

CPW officials say Stalley, at one point, provided officers with a bag of meat which he presented as evidence of his black bear harvest, though that meat was determined to be from the deer. Stalley did have valid hunting licenses for both deer and bear at the time of the incident.

Colorado regulations specify that meat from big-game animals must be harvested and prepared for human consumption, with violators potentially facing class-five felony charges.

Stalley pleaded guilty to failing to care for the edible portions of a bear, illegal take, and illegal possession of the bear in July 2018, according to the CPW news release. He was also handed a one-year suspended sentence for intentional take and abandonment of wildlife; fined $3,415; made to forfeit his rifle; and sentenced to one year of probation.,

"It gives us great satisfaction that we have put another poacher out of business, but it's likely we could not have done it without the help of the hunters that brought it to our attention,” Wildlife Officer Taylor added.

“It's a good thing that most hunters are ethical and conscientious."

Stalley has 30 days to appeal, at which point the decision will be stayed, the CPW confirmed. If the original ruling is upheld, the ban goes into effect in Colorado and the additional 47 Wildlife Violator Compact states.