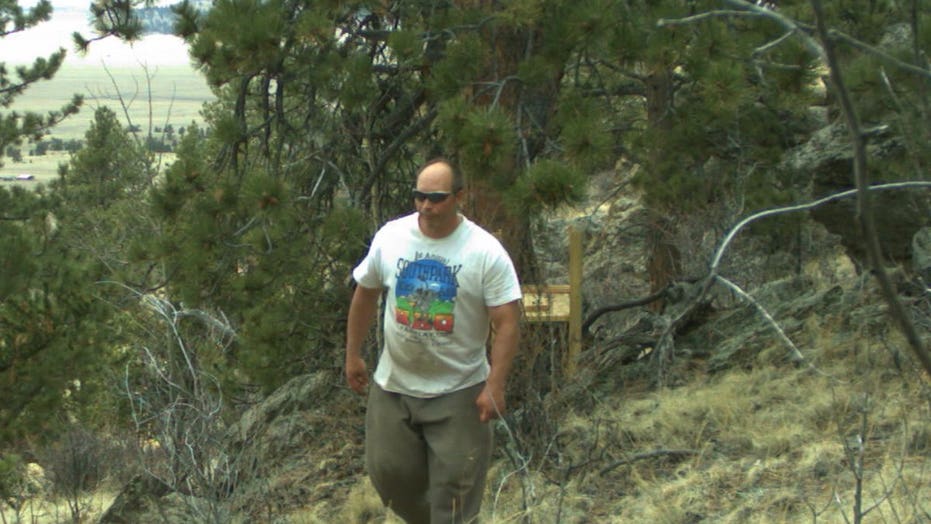 A Colorado man received a lifetime hunting, fishing and trapping ban after an investigation into his activities led to a felony conviction.

Jeff Bodnar of Hartsel, Colo., was arrested and charged with 22 crimes related to illegal hunting and trapping activities, the Colorado Parks and Wildlife Northeast region shared in a press release.

The 46-year-old, who has had his hunting, fishing and trapping privileges suspended twice before, pleaded guilty in May to unlawful possession of two black bears and a mountain lion as well as possession of a weapon by a previous offender.

Jeff Bodnar of Hartsel, Colo., was arrested and charged with 22 crimes related to illegal hunting and trapping activities. (Colorado Parks and Wildlife Commission ​​​​​​)

The Colorado Parks and Wildlife Commission handed down the lifetime suspension in June, following an investigation that started in 2014 after a report was received that Bodnar was hunting and trapping while his license was suspended.

"Mr. Bodnar appears to possess a complete disregard for Colorado's hunting laws and a total indifference for wildlife," said wildlife officer Ian Petkash. "We take these investigations seriously because of the toll someone like this can take on local wildlife populations."

“The illegal exploitation of wildlife will not be tolerated and we will continue to aggressively investigate wildlife crimes in this state. It is important to note that these type of actions are those of a poacher, not a hunter, and it is good to bring somebody like this to justice,” Petkash continued in the press release.

Bodnar has been the subject of illegal hunting investigations before. In 2008, he was convicted of conspiracy to violate the Lacey Act of 1900, which prohibits selling or trading wildlife or fish that has been possessed illegally, and received 27 months in federal prison.