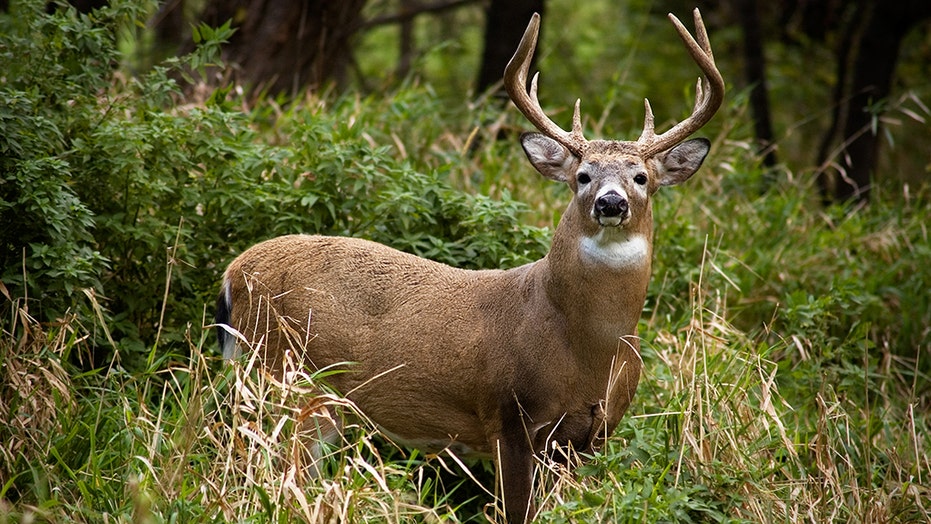 The Pennsylvania Game Commission is investigating a “reprehensible” video of two boys abusing an injured deer, in an assault that reportedly occurred on the first day of deer rifle season for hunters in the state.

On Saturday, disturbing video footage hit Facebook featuring a young man repeatedly kicking a buck in the face while a friend filmed. The male deer, which appeared to have already been shot, laid on the ground and pawed at the attacker, while the two boys could be heard snickering and taunting the animal, per Fox 43.

“Grab his horn and pull him away from that tree,” one of the young men could be heard instructing the other in the disturbing 30-second clip.

“Something definitely needs done. This video was shared to me from a mutual friend on Snapchat,” Facebook user Gregg Rossman, who originally posted the footage, wrote online. Rossman also claimed that he was “not a part of this” and “shared simply to get the attention of authorities!”

In the days since, the violent video has since gone viral, receiving nearly 6,000 shares on Facebook. The incident reportedly occurred near the borough of Brookville on Nov. 30, WKBN reports.

The following day, representatives for the Game Commission also spoke out on Facebook to confirm they would be investigating the “reprehensible” incident.

“The Pennsylvania Game Commission is aware of a video purporting to show individuals assaulting an injured deer. The conduct portrayed in the video is reprehensible and potentially a violation of the law,” officials said.

“Pennsylvania State Game Wardens are currently investigating the matter … Thank you for your help and for your concern for Pennsylvania wildlife.”

Anyone with information on the footage is urged to contact the Operation Game Thief Hotline at 1-888–PGC-8001 or the Pennsylvania Game Commission’s Northwest Region Dispatch Office at 814-432-3187.

The incident reportedly occurred near the borough of Brookville on Nov. 30. (iStock)

Facebook users commenting on the footage voiced their disgust over the animal abuse, and demanded that the young men face legal repercussions.

“They need to be charged at the federal level[,] this is disturbing to say the least. PA needs to show that you will not tolerate this and set an example. The public is watching,” one commenter said.

“There is absolutely no excuse for this disturbing and fowl [sic] behavior. As an ethical hunter myself, the thought of these two being called a hunter is sickening,” another agreed. “I speak for myself, and likely for all ethical hunters in saying that we in no way support these horrific acts and hope that they are punished to the full extent of the law.”

In addition, a Change.org petition pushing for the Game Commission to press charges against the boys has since received over 219,000 signatures.

Breaking with tradition, deer rifle seasoned opened in the Keystone State on Saturday. Historically, the season began on the Monday after Thanksgiving. Back in April, the Game Commission approved the rescheduling of the date, Fox 43 reports, marking the first time in 50 years that deer rifle hunting season opened on a Saturday.