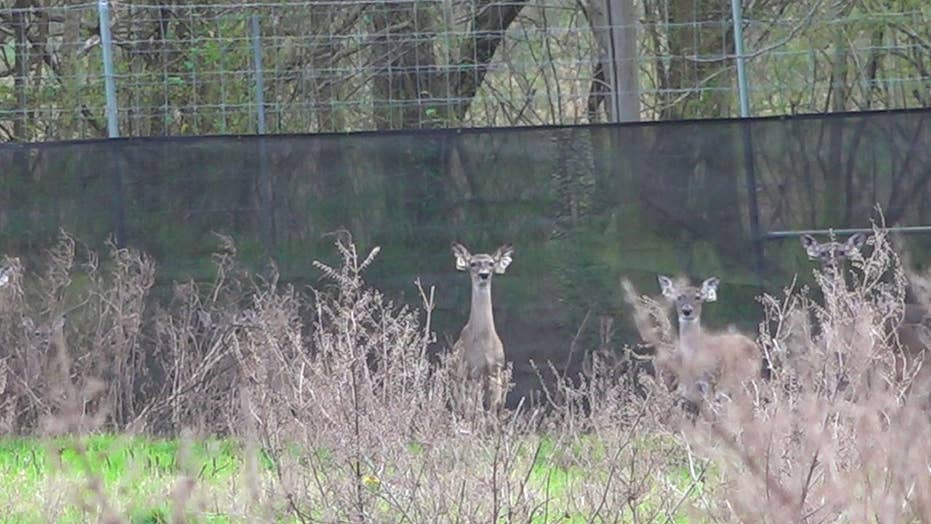 You’re never too old to cross a dream off your buck-et list, as evidenced by a 104-year-old woman in Wisconsin who shot a deer during her first-ever hunting trip.

Florence Teeters recently ventured out onto her land in the city of Phillips for the inaugural hunting excursion, and was thrilled to get lucky, the Wisconsin Department of Natural Resources (DNR) reports. The adventurous centenarian was inspired to go hunting after sitting in her son Bill Teeters’ blind last year during the open season, and deciding she wanted to join the fun.

"Yes, it was her idea to get the license. And, yes, that was her first license," Bill, Florence’s fifth child, said.

Florence Teeters recently bagged a buck during her first-ever hunting trip on her family land in Phillips, Wisconsin. (Wisconsin Department of Natural Resources)

After the centenarian received her certificate earlier this week, the mother and son returned to the blind on the sunny opening day of 9-day gun deer season on the Teeters family land in Price County, per WDNR.

This time, however, Florence was ready to get her shot, and stylishly dressed for the occasion in a hunter-red plaid coat, WMTV reports.

“I had a nice chair for her and it was nice and warm. A little after 4 p.m., a buck shows up about 30 yards away,” Bill told the outlet. “I tapped her on the knee and I pointed. She nodded and smiled and was real quiet. Then she took the shot!”

Ecstatic, Florence screamed “I got a buck! I got a buck!” On her very first try, the elderly woman bagged a small “spike” buck with unbranched antlers, her son said.

"I thought it was fantastic," Wisconsin DNR conservation warden Joe Paul said of the news.

“After raising a family of hunters, this young lady chose this opportunity to partake in Wisconsin's long-established tradition of deer hunting,” Cole said. “We join the rest of Wisconsinites in celebrating her outstanding accomplishment.”

"On behalf of the DNR, we thank Mrs. Teeters for her participation in this year's annual gun deer hunt and for helping keep Wisconsin's hunting heritage alive,” he continued. “This proves that Wisconsin's gun deer hunting season is for every generation."

A stock image of a "spike" buck. (iStock)

The DNR plans to investigate whether or not Florence is the oldest registered hunter in the Badger State to harvest a deer.

In a larger sense, Bill said his 104-year-old mother feels right at home in the great outdoors, and loves to experience new things.

“She went ziplining in Milwaukee and she goes to Mardi Gras every year,” he told WMTV.