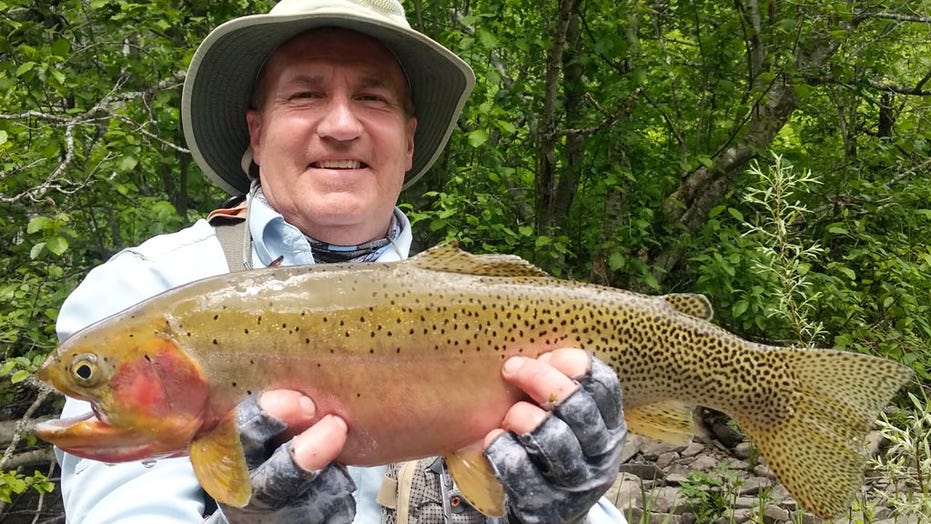 An Idaho angler reeled in a catch-and-release state record when he hooked an exceptionally large trout during a recent fishing trip.

Tom Weadick was fly-fishing on the North Fork Coeur d'Alene River on Friday when he caught a record-breaking, 21-inch Westslope cutthroat trout, the Idaho Department of Fish and Game (IDFG) has announced.

The fish surpassed the previous record of a 19.5-inch catch, set by angler Dwaine Hasenoehrl in 2016, when the catch-and-release program began.

Weadrick came prepared in hopes of catching a large trout, packing along a tape measure and camera for the excursion. The angler was all smiles in a must-have photo before releasing the “massive” fish, KTVB said.

The milestone marks the Coeur d'Alene man’s second record catch; Weadrick previously nabbed a similar record for a bull trout, the Fish and Game Department said in a Monday statement.

The Westslope cutthroat trout is native to tributaries in the Columbia River Basin from central and northern Idaho and northward into British Columbia, the Fish and Game Department said.