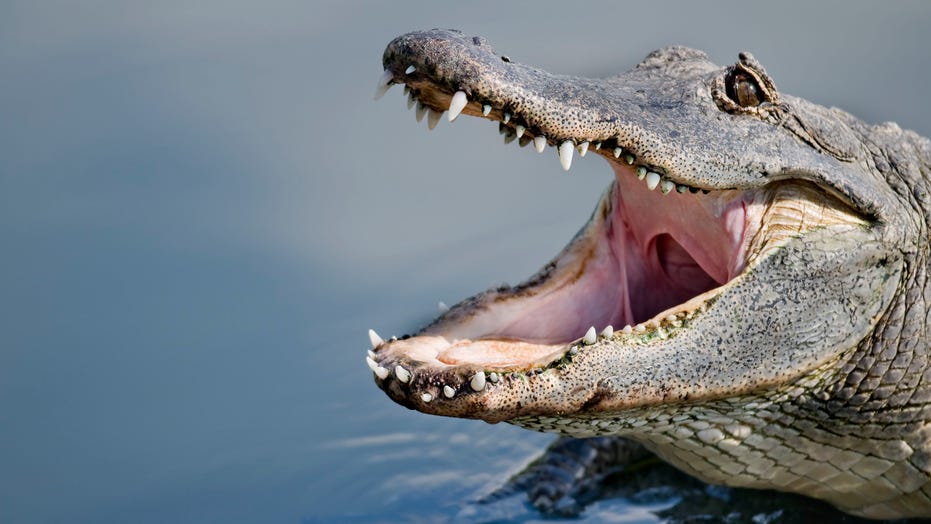 Sweetie the alligator is the new sweetheart of social media.

A Florida man and his blind pet alligator have gone viral on TikTok for their candid friendship, while users describe the pair’s bond as everything from “adorable” to “the most Florida thing” ever.

“Why does this sum up Florida so well?” TikTokker Rachel Bowman wondered online earlier this week, sharing a quick clip of a man picking up a small gator, clad in a yellow T-shirt, lovingly throwing it over his shoulder and carrying it into a key lime pie shop.

Why does this sum up Florida so well? ##florida ##justfloridathings ##alligator ##gator ##gatorman ##floridaman

The surprising video has been viewed over 2.3 million times, further making the rounds on Facebook and Twitter, Florida Today reports.

“Why are you filming this man and his son?” one user joked.

“If this ain’t the most Florida thing I’ve ever seen,” another cracked.

Some fans also thought it was “adorable” that the gator was wearing a tee, and precious that the man picked up his crocodilian companion “like a toddler.”

Florida Today has since identified the man as Louie Morehead, the owner of the Florida Key Lime Co. in Cocoa Beach, and his Internet-famous pet as Sweetie the alligator.

According to the report, the blind, American gator is 6 years old, and was adopted by Morehead as a rescue. Sweetie was injured in the wild at a young age, and discovered by the state’s Fish and Wildlife Department.

Without eyesight, Morehead said, she never would have survived in the wild.

Fortunately, the gator is well adjusted to her forever home and enjoys spending time at her family’s shop.

“She had such a calm and docile personality,” Morehead said.

If you’re snapping to meet her, Sweetie reportedly visits Florida Key Lime Pie on weekends from about 2 p.m. to 6 p.m.