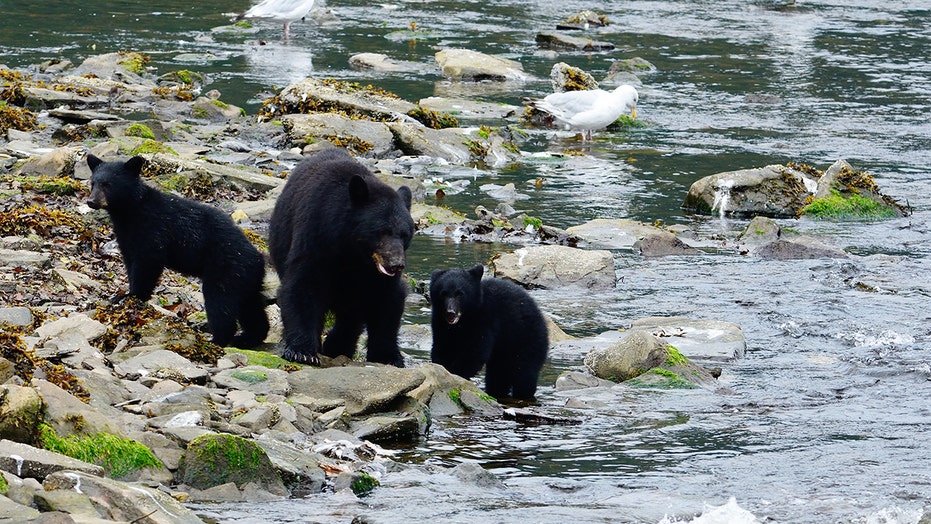 Conservation groups and animal rights activists are speaking out after the Trump administration reversed a ban on controversial hunting practices within Alaskan national preserves.

The new rule, announced this week by the National Park Service and shared in the Federal Register, would allow for the hunting of black bears – including sows and cubs – at their den sites, while also giving hunters the option of using bait, artificial lights and hunting dogs. The more relaxed regulations also allow for the hunting of “wolves and coyotes (including pups) during the denning season,” and “taking swimming caribou” or “taking caribou from motorboats under power,” among other things.

The previous restriction had been put into place under the Obama administration in 2015. However, less than two months after President Trump took office, Ryan Zenke, then the secretary of interior, signed one of the first orders aiming to expand recreational access to hunters and fishermen, hoping to “enhance conservation stewardship, increase outdoor recreation, and improve the management of game species and their habitat.”

The new rule, announced this week by the National Park Service, would allow for the hunting of black bears –­ including sows and cubs –­ at their den sites. (iStock)

This week’s ruling not only reverses the Obama-era restrictions, but also defers the management of the state’s wildlife to Alaska, except where prohibited by federal law.

The new regulations are scheduled to take effect on July 9.

Despite the amendment coming from the National Parks Service, a spokesperson for the NPS admitted that the announcement was not entirely well-received.

“I would say the vast majority of people did believe this was a controversial move and were almost entirely opposed to us lifting the ban,” NPS spokesperson Peter Christian told Reuters.

Animal rights groups and conservationist organizations have criticized the decision, with some claiming it would only benefit trophy hunters and would do little to manage Alaska’s wildlife population.

“This is yet another dastardly move from an administration that, from the start, has carried out a no-holds-barred assault on America’s –­ and the world’s – most precious wildlife,” reads a blog post shared by the Humane Society on Wednesday, accusing the Trump administration of “play[ing] into the hands of trophy hunters.”

The National Parks Conservation Association (NPCA), a nonpartisan advocacy group, had previously spoken out against plans to reverse the Obama-era regulations, calling the new amendments a “sport hunting rule” that “ignore[s] common sense.”

“Through this administration’s rule, such treasured lands will now allow sport hunters to lure bears with greased donut bait piles to kill them, or crawl into hibernating bear dens to shoot bears and cubs,” wrote Theresa Pierno, the president and CEO of the NPCA.

The more relaxed regulations are scheduled to take effect on July 9. (iStock)

Despite the backlash from these and other groups, the NPS’s recent ruling is reportedly supported by Alaskan lawmakers and local hunting groups, largely for allowing the state to manage its own wildlife, according to the Anchorage Daily News.

The Tanana Chiefs Conference, an organization representing 42 of Alaska’s Native American tribes, has also voiced its support. In a statement shared with CBS News, Victor Joseph, the chief and chairman of the conference, said the previous regulations threatened their way of life by disregarding “rural Alaska’s dependence on wild food resources.”