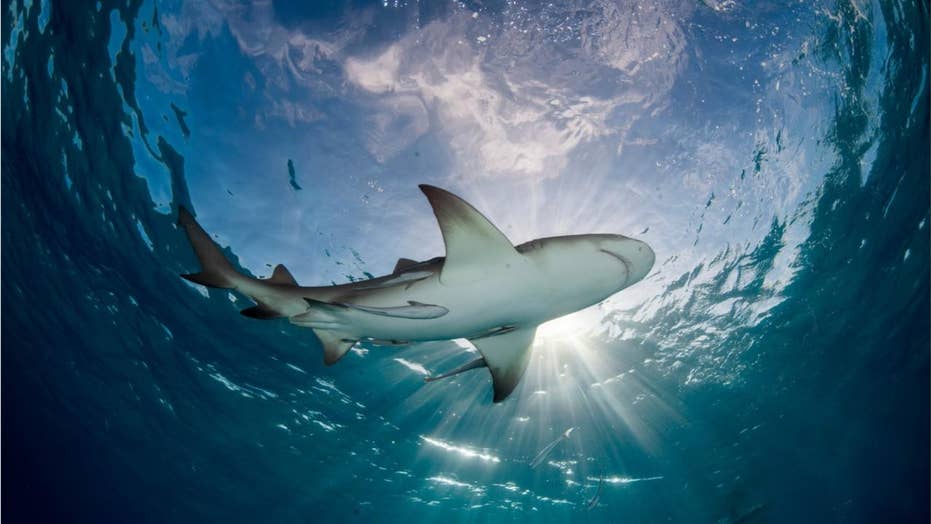 One Florida boy caught both a wave and a close encounter with a shark during a recent surfing excursion with his dad, as captured in a must-see video.

Chandler and Shaun Moore had only been surfing for about 15 minutes at New Smyrna Beach, a Florida city south of Daytona Beach, on Saturday when 7-year-old Chandler was mysteriously knocked off his board, seemingly by a fish. The two later discovered that the "fish" that knocked Chandler from his board was likely a small blacktip shark.

In a video clip shared to Instagram, Chandler can be seen expertly hopping up on the board and riding a wave for a few moments before his board is suddenly pushed, causing him to fall off.

Chandler's dad, Shaun, 40, said he thought the fall looked kind of odd, but initially thought nothing of it.

CALIFORNIA FISHERMAN HOOKS 'MONSTROUS' TUNA WITH HELP FROM A SHARK

“I typically push [Chandler] into the wave and then I stand in the water [while] he paddles back to me — so I noticed on that wave that he fell off the side of the board kind of awkwardly,” Shaun told People. “And I said, ‘Hey what happened?'”

“He’s like, ‘I saw some fish and something bumped me and knocked me off the board,'” Shaun, a former professional wakeboarder, added.

Unfazed, the two kept surfing, not thinking of the GoPro camera mounted to Chandler’s board to document their session.

Later in the day, Shaun downloaded the video footage of the trip and posted it to his Instagram Stories. Soon after, social media followers pointed out that it looked like Chandler got knocked off his board by a small shark.

“We felt really lucky that Chandler didn’t end up having to get stitches or anything like that,” he added.

As for his own take, the adventurous boy admitted that he was shocked by the turn of events.

“I was thinking that it was just a fish that hit me. … I was so surprised,” he said.

Chandler, however, said he’s not afraid of surfing, despite the potential of crossing paths again with a fierce sea creature.

“I would just say look out and be careful. And good luck!” he advised fellow surfers.

A stock image of a blacktip shark, a species of requiem shark. (iStock)

The Moores believe that Chandler’s board got pushed by a blacktip shark, a variety common to the New Smyrna area, the New York Post reports.

New Smyrna, meanwhile, has been described as the “shark attack capital of the world” by National Geographic. According to estimates, anyone swimming in New Smyrna has likely been within just 10 feet of a shark at one time or another.