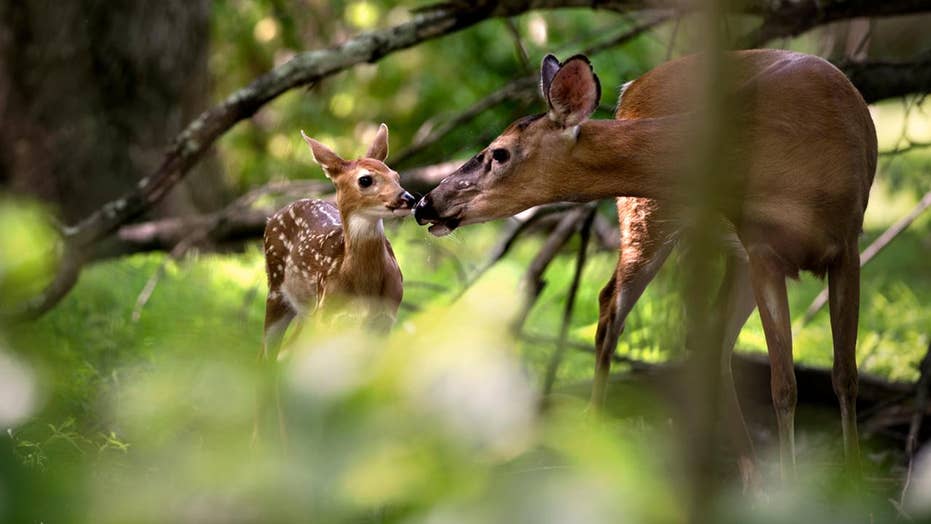 A man from New Mexico who works as a fishing guide, Michael Garcia, is the subject of a 'disturbing case' where he allegedly allowed his dog to chase down and kill a fawn. Garcia later posted photos of the dog to his social media, which is what brought the incident to the attention of Colorado Parks and Wildlife officials. Garcia was issued a fine and citation, and faces a possible ban from hunting and fishing.

A man from New Mexico is facing a possible ban from hunting and fishing after being charged in connection with a “disturbing case” in Colorado.

Officers with Colorado Parks and Wildlife (CPW) say Michael Garcia, 36, who works as a fishing guide in Colorado’s Conejos River, had allowed his dog to chase down and kill a fawn, later posting photos of the dog and its kill to his social media account.

The post drew the attention of concerned members of the public, one of whom reported it to CPW’s Operation Game Thief, the division confirmed.

“This is a disturbing case; we’ve heard from many members of the public wanting CPW to investigate,” said CPW wildlife manager Rick Basagoitia in a news release. “Information that they’ve provided has been greatly helpful to CPW efforts.”

Garcia, from Las Cruces, N.M., was initially issued a citation and subsequently charged with illegal possession of wildlife and unlawful manner of take, as well as permitting his dog to harass wildlife, according to the CPW.

He was issued a fine of $1,372.50. He may also receive 20 license-suspension points, at which point he must appear before a hearing officer to determine whether he loses his hunting and fishing privileges for anywhere from 1 to 5 years.

Garcia took to Facebook to apologize for the incident sometime last week, according to Fox 31, saying he was “sorry for everything.”

The man, from New Mexico, apologized on social media, claiming his dog usually only chases rabbits and squirrels. (iStock)

“I would like to apologize for the offensive video, and pictures I posted a couple days ago,” he wrote, per a screenshot shared by Fox 31. “I truly am a lover of the outdoors and in no way would have thought it would get this out of hand!”

Garcia also defended his dog Gus, claiming that the pooch usually chases rabbits and squirrels, and “this is the one and only time he’s ever caught a fawn.” He further alleged that, in video he shot, he was trying to get Gus away from the fawn while fending himself and Gus away from the deer’s mother.

He added that his employers at Conejos River Anglers have “nothing to do” with the incident, and that he wasn’t on the clock, or even in Colorado, when Gus chased down the fawn.

A representative for Conejos River Anglers was not immediately available to comment.

Garcia can elect to pay the fine or appear in court on Sept. 16, according to the CPW.