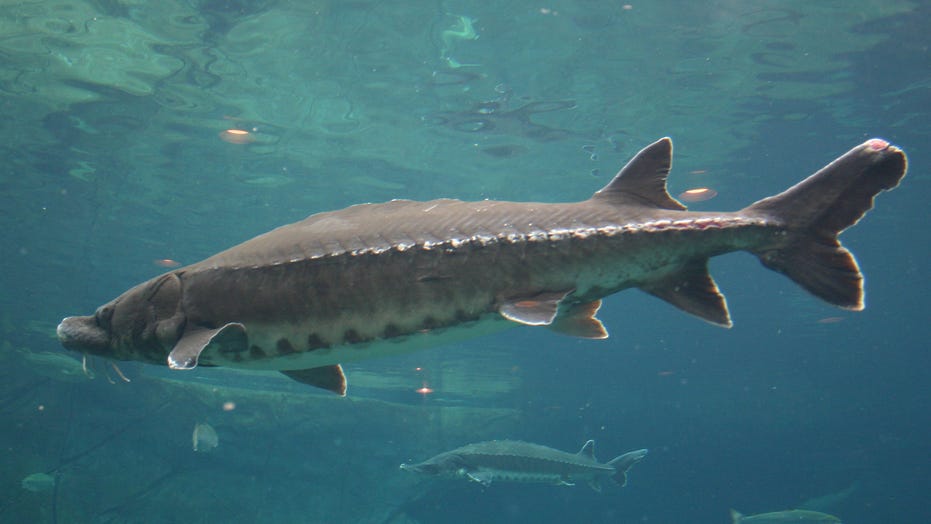 After two boys briefly lassoed the monster, the population of Edina has been on the lookout for the monster. Some want to catch it to move it to a larger body of water, while others just want to catch a glimpse.

So far, however, the fish has remained hidden.

The two local boys released footage of the catch on YouTube. It shows them struggling to control the sturgeon. They briefly brought the fish to shore in front of an amazed crowd, before eventually letting it return to the river.

“Me and my friend were tubing down Minnehaha creek when we ran into the sturgeon I have been wanting to catch for 3 weeks now,” Hoekstra wrote on YouTube. “So then I quickly went home made a slip knotted rope and then went back to the creek. When I got there I told my friend to put the loop around its tail and then I would pull it up and then we plan worked and together we caught the monster sturgeon!”

The fish was measured at about 73-inches long, KTSP reports. It’s estimated that the fish could be about 70-years-old, Twin Cities reports.

Since then, crowds have reportedly been gathering around the 56th Street Bridge hoping to catch a glimpse of the famous fish.

Also, workers from the Minnesota Department of Natural Resources attempted to capture the fish but were unable to locate it. They plan on moving it to the Mississippi River, but it seems that the 70-year-old sturgeon has other plans.