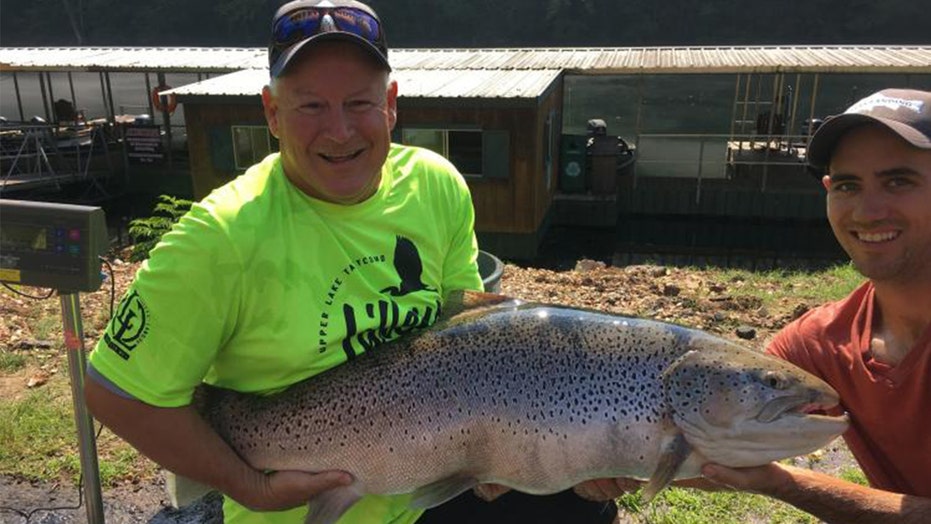 A Missouri man just became the new state record-holder for brown trout, hauling in a 40-pound, 6-ounce fish at Lake Taneycomo in Branson on Wednesday using a pole and line.

The Missouri Department of Conservation (MDC) said Bill Babler of Blue Eye, which is just north of the Missouri-Arkansas border, became the new record-holder after it verified his catch on a certified scale in Branson.

The fish was 41.25 inches long and had a girth of 28 inches, The Springfield News-Leader reported.

Babler told the newspaper he’d been out fishing only for a few minutes when he caught the brown trout.

“As soon as I set the hook, it came to the top and I knew we had a good fish on,” Babler said. “We positioned the boat in an unobstructed area. It was pulling drag pretty good!”

Babler said he tried to keep the fish alive in an aerated tank, but it died before it could be released.

The MDC said the previous record was set just seven months ago by Paul Crews of Neosho. He was fishing at Lake Taneycomo as well when he reeled in a 34-pound, 10-ounce brown trout in February using a pole and line.

Babler's biggest brown trout prior to Wednesday’s catch reportedly weighed 13 pounds. He told the newspaper he planned to have his record-breaker mounted.

Babler's fish was only about two pounds shy of a world-record brown trout caught in New Zealand.