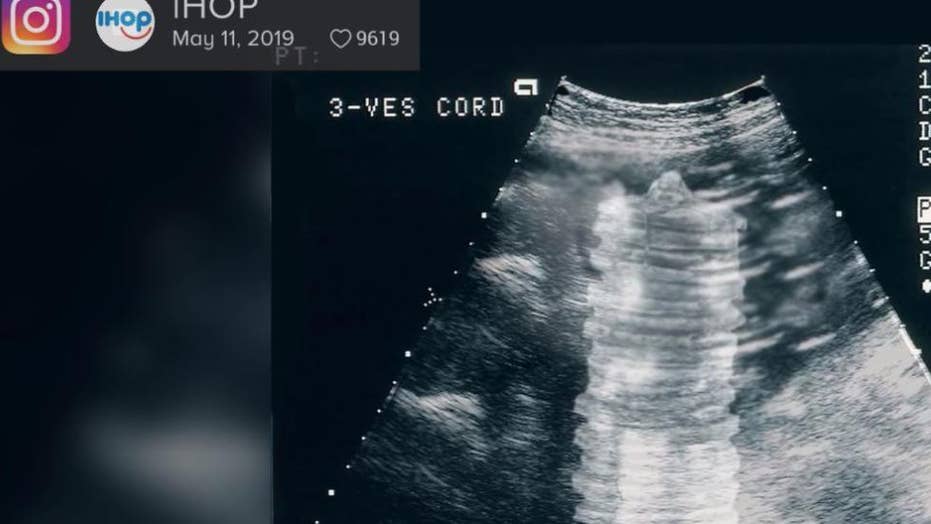 IHOP under fire for tweeting a sonogram image of pancakes inside a womb in honor of Mother’s Day on the heels of Georgia's controversial 'heartbeat' bill.

IHOP on Sunday received scathing backlash for tweeting a sonogram image of a stack of pancakes inside a womb in honor of Mother’s Day.

In what appeared to be a harmless tweet, IHOP wrote “If you have pancakes in your tum tum, does that make you a pancake mum mum? Happy Mother’s Day to ALL the moms out there!”

However, the tweet sparked a social media firestorm with some pointing out an anatomical error while others assumed the message was meant to stir up a personhood debate – a topic that has made headlines since Georgia enacted the controversial “heartbeat” bill last week.

The picture, which was also posted on Instagram, received sharp criticism as well.

"Does ihop know the difference between a womb and a stomach," one person commented.

"What dad in an ihop boardroom thought of this one," another person wrote.

Though the restaurant appears to reply to customer complaints about service issues or waiting times, the company didn’t respond to any critical comments about the pancake tweets.