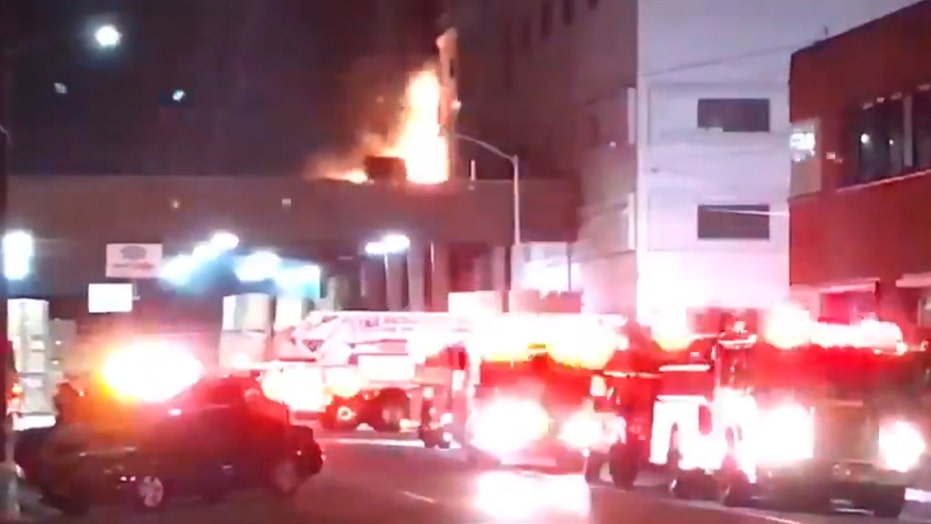 A four-alarm fire at the Blue Diamond almond factory in downtown Sacramento, Calif., has been “completely extinguished,” the Sacramento Fire Department confirmed late on Monday night.

The fire reportedly broke out on the second floor of the facility around 9:30 p.m., forcing the evacuation of about 250 workers. Two employees were also transported to the hospital for treatment of smoke inhalation, while another was treated at the scene and released.

Blue Diamond is said to be investigating the cause of the fire.

"Blue Diamond is investigating the cause of the fire and is assessing damages," Blue Diamond Growers confirmed in a statement to Fox News. "We extend our deepest appreciation for the quick response of the emergency first responders who were on the scene last night and quickly contained the situation. Safety of our employees is a top priority at all Blue Diamond facilities.

"We are currently focused on learning more about the incident and providing support to our employees."

CHICK-FIL-A IS STARTING TO 'IMAGINE' A VEGAN MENU, EXEC SAYS

Footage shared to social media by the Sacramento Fire Department shows emergency vehicles lined up in front of C Street as flames and smoke erupt from the top of the building.

The fire was contained to just the second level of the building within an hour, the outlet reports. The Sacramento Fire Department confirmed it was "completely extinguished" just before midnight.

Blue Diamond, which is headquartered in Sacramento, employs more than 1,000 workers in its three campuses in Sacramento, Turlock and Salida, Calif., according to its website. The company processes roughly 80 percent of the world’s almond supply, the Sacramento Bee reports.