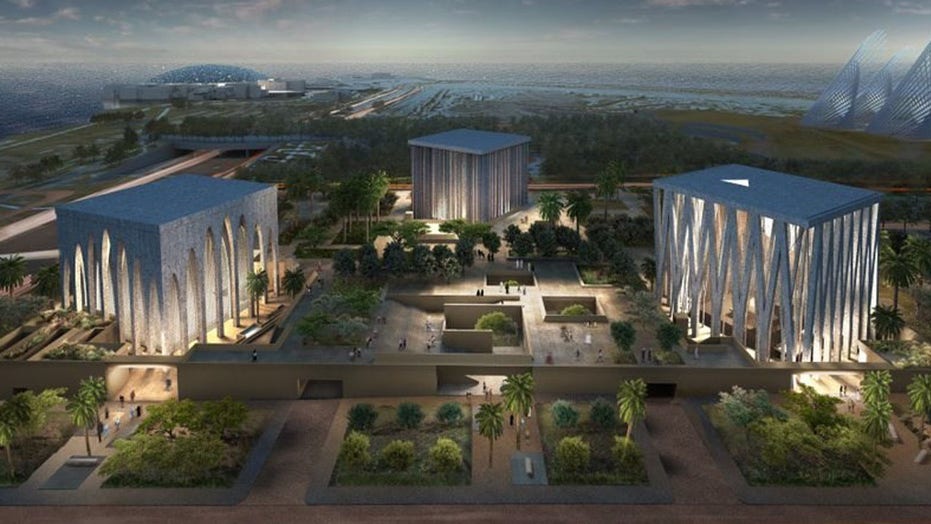 The United Arab Emirates unveiled plans this weekend for an interfaith complex in Abu Dhabi that will unite a church, a synagogue and a mosque.

The announcement of the three houses of worship, collectively known as the "Abrahamic Family House," follows Pope Francis' February visit to the UAE, the first papal visit to the Arabian Peninsula. During the visit, Pope Francis and the grand imam of al-Azhar, Dr. Ahmed el-Tayeb, signed a declaration to form an interfaith council called The Higher Committee of Human Fraternity.

The Abrahamic Family House, set to be completed on 2022, is the first initiative by the new committee, according to media reports.

"The formation of the Committee has come at an important time and has required all peace lovers to unite and join the efforts to spread coexistence, brotherhood, and tolerance throughout the world," Judge Mohamed Mahmoud Abdel Salam, committee member and former advisor to el-Tayeb, said in a statement.

The Higher Committee of Human Fraternity had its inaugural meeting at the Vatican earlier this month and met again in New York City Saturday.

The complex, whose name alludes to the Abrahamic religions, will bring the first public Jewish house of worship to the UAE, Jerusalem Post reports.

“This is an important opportunity for all who believe in the power of faith and humanity," Rabbi M. Bruce Lustig, senior Rabbi at Washington Hebrew Congregation and a Higher Committee member, said in a statement. "It will help build bridges between religious leaders and communities as well as foster peace and harmony in an era that is too often defined by difference.”

Reflecting on this historic initiative, His Eminence Elect Miguel Ángel Ayuso Guixot, President of the Pontifical Council for Interreligious Dialogue and Higher Committee member, said: "This endeavor is a profoundly moving moment for humanity. Although sadly evil, hatred, and division often make news, there is a hidden sea of goodness that is growing and leads us to hope in dialogue, reciprocal knowledge and the possibility of building – together with the followers of other religions and all men and women of good will – a world of fraternity and peace."

The design of the Abrahamic Family House, by award-winning architect Sir David Adjaye OBE, was unveiled at the New York event and was selected after a rigorous process that included architects from different faith backgrounds around the globe.

"I am humbled and honored that our design has been selected," Adjaye said in a statement. "I believe architecture should work to enshrine the kind of world we want to live in, a world of tolerance, openness, and constant advancement...Our hope is that through these buildings people of all faiths and from across society can learn and engage in a mission of peaceful coexistence for generations to come."

An artist's depiction by Adjaye Associates shows a contemporary design with three similar-looking buildings from the outside and each housing a different faith, with a shared space for collaboration and informal gatherings outside.