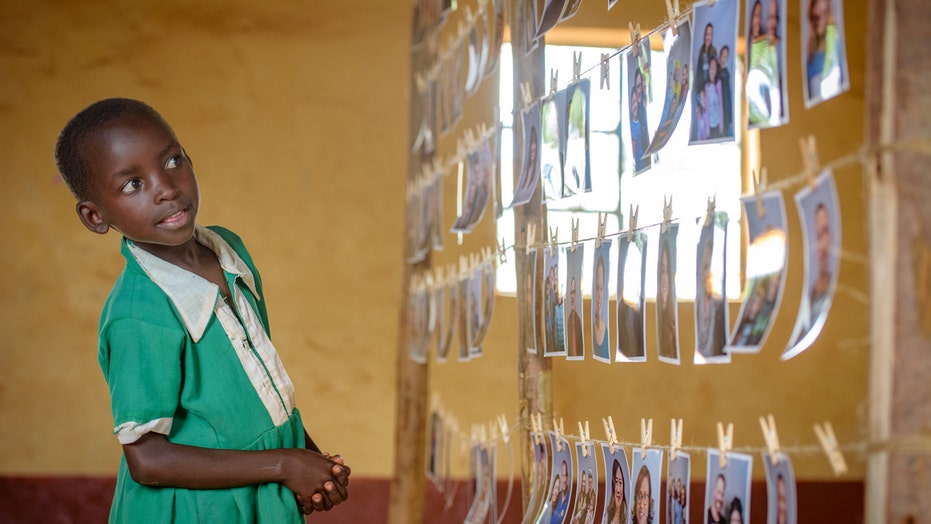 World Vision is doing something they've "never done before" to empower kids in extreme poverty across the world.

For the past 70 years, sponsors have picked the child they want to support, but the global Christian organization based in the United States is launching a new initiative so kids can now choose their sponsor in a program called "Chosen."

"We were looking for something that could cut through the clutter of the business of life...and we're hoping that this will help," World Vision president Edgar Sandoval told Fox News. "Chosen puts the power to choose in a child's hand, and while it's simple, it's a very powerful switch."

One that has led to an "immediate connection" on both ends.

JUSTIN BIEBER SHARES PASTOR JUDAH SMITH'S GUIDED PRAYERS ON INSTAGRAM: 'THEY HAVE REALLY BEEN HELPING ME'

The program starts with people in the U.S. signing up and deciding to be "chosen," by submitting a photo online or in-person at a church or Christian concert partnering with World Vision. The photo is sent to a community where World Vision works to be displayed with other potential sponsors. Then the community gathers for a celebration called a "choosing party" where kids pick out who they want to sponsor them.

At Soul City Church, people signed up not just to be sponsored, but to be chosen by a child as their sponsor. On this Sunday, sponsors opened up envelopes to discover who chose them. The result was full of emotion, laughter, tears, and a deep connection to the child who chose them.

The sponsor then receives a photo of the child who chose them holding their own photo. The World Vision president said they've already seen an "instantaneous connection" as the correspondence continues through prayers and letters.

The organization sampled the new alternative program with children in Kenya and sponsors in downtown Chicago.

Many who participated in the program were led to tears when they opened their "Chosen" letter for the first time.

“When she shared that she wanted to be a lawyer, I was so overwhelmed because I really felt God,” Olayinka Owolabi, 35, a lawyer who attends Soul City Church in Chicago, said about being chosen by 8-year-old Mary Nzioki from Kenya. “The fact that I am a lawyer and Mary wants to be a lawyer is not a coincidence. It feels like this is a God thing. Our paths were meant to cross.”

Now they are also in Guatemala, Bangladesh, Zambia, Uganda, Malawi, Honduras, and Ecuador, as they continue to expand in the nearly 100 countries where World Vision operates. The organization has helped over 200 million children in the past five years but there is still much to be done.

Sandoval said the new alternative is just one way the organization is working to empower children and engage more donors in the U.S.

"We are hoping to engage the American public and especially the church to be the hands and feet of Christ as we go to serve the poor," he said. "That's really our hope and prayer, that we will be able to multiply the children we are serving."