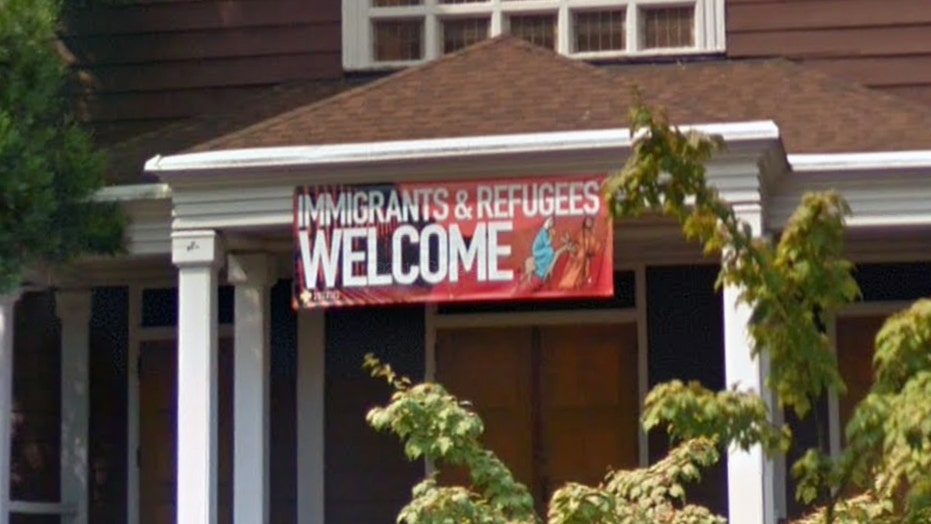 More than a dozen parishioners at a Catholic church in Portland, Ore. that had become known for promoting liberal ideas mounted a loud protest during a mass by a new priest who wants to take the parish in a more traditionalist direction.

The congregants used posters and percussion instruments in their demonstration this summer.

St. Francis of Assisi Parish, one of the oldest Catholic churches in Portland, has developed a reputation for its progressive leanings, with members marching in the Portland Pride Parade, hanging a banner at the entrance to the church reading "Immigrants & Refugees Welcome" and using gender-neutral language during mass to refer to God.

But a year ago, Father George Kuforiji took over the parish and began returning the church to the customs and words practiced across the world by Catholics, rather than the unique additions allowed -- and even championed -- by much of the St. Francis of Assisi community.

ROBOT PRIEST ADDED TO 400-YEAR-OLD BUDDHIST TEMPLE IN JAPAN: 'IT WILL GROW IN WISDOM'

The Oregonian uploaded video of the June 30 protest earlier this week, and the rare tension exhibited between priest and parishioners during mass brought the community conflict onto the national Catholic stage.

Video of the protest shows some of the parishioners, mostly dressed in white, holding up signs and images, and shouting over Kuforiji's prayers. Other churchgoers appeared embarrassed or uncomfortable as the demonstrators shouted their own prayers, refused to kneel and tried to shame the priest, who is an immigrant from Nigeria.

“We have been wanting real dialogue. I said that we are being abused. We are being abused in the Catholic Church by this priest, and by this archbishop,” Melinda Pittman, a longtime parishioner, said in the video from the lectern.

Kuforiji's alleged misdeeds? He took down the immigrants and refugees banner and referred to God in the same language the rest of the faith uses -- "He," "Lord" and "King" -- instead of with the gender-neutral "God" or "Creator."

Parishioners at St Francis of Assisi Catholic Church in Portland Oregon protested against a new priest over the conservative changes he'd made. (Google Maps)

The protesters shouted "You don't belong here" after a person tried defending Kuforiji. The demonstrators linked arms and began singing "We Shall Overcome," a gospel song associated with the Civil Rights movement.

Former Fr. Donald Durand allegedly instituted many of the liturgical deviations, according to one parish member in an article by the Catholic News Agency. Durand was the pastor from 1970 until 1983 and withdrew from his priestly duties after his retirement in 2001. The Catholic News Agency reported that Durand has been accused of molesting more than a dozen preteen and teenage boys. While numerous lawsuits have been filed against him and settled, he has denied all allegations of misconduct.

St. Francis of Assisi Parish declined to comment about the protests to Fox News.