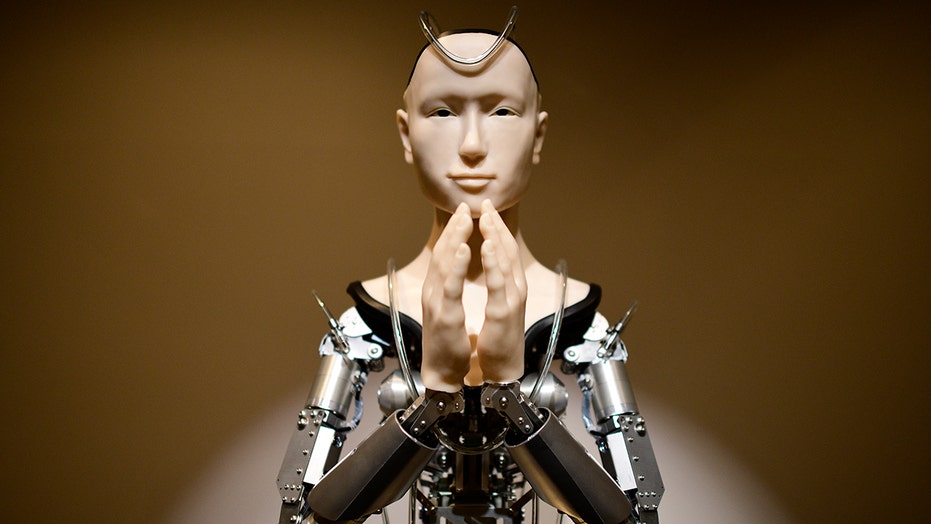 A 400-year-old Buddhist temple in Kyoto, Japan, is using a $1 million humanoid to reach a younger generation, but foreigners are repulsed by it.

The Kodaji Temple, in a partnership with the robotics team at Osaka University, unveiled "Mindar" earlier this year. The robot is a 6-foot tall android, made of silicon and aluminum and modeled after Kannon, the Buddhist deity of mercy who preaches what is called the "Heart Sutra" in Japanese, with English and Chinese translations projected on a screen for tourists.

"Artificial intelligence has developed to such an extent we thought it logical for the Buddha to transform into a robot," Tensho Goto, the chief steward of the temple, told AFP. "Obviously a machine doesn't have a soul, but Buddhist faith isn't about believing in God. It's about following Buddha's path, so it doesn't matter whether it is represented by a machine, a scrap of iron or a tree."

Goto, a self-proclaimed "fuddy-duddy" priest, believes the robot will help reach the younger generation to help overcome pain and ease suffering, the goal of the Buddhist religion.

"It is here to save anyone who seeks help," Goto added. "Modern society brings other kinds of stress, but the goal hasn't really changed for over 2,000 years."

After months of temple worship with the robot, Osaka University polled people about their experience and many Japanese adherents expressed a positive interaction.

"I felt a warmth you wouldn't feel from a regular machine," one of them said.

Another temple goer added: "At first it felt a little unnatural, but the android was easy to follow. It made me think deeply about right and wrong."

Foreigners, however, have been repulsed by it.

"It could be the influence of the Bible, but Westerners have compared it to Frankenstein's monster," Goto added. "Japanese people don't possess any prejudices against robots. We were brought up on comics where robots are our friends. Westerners think differently."