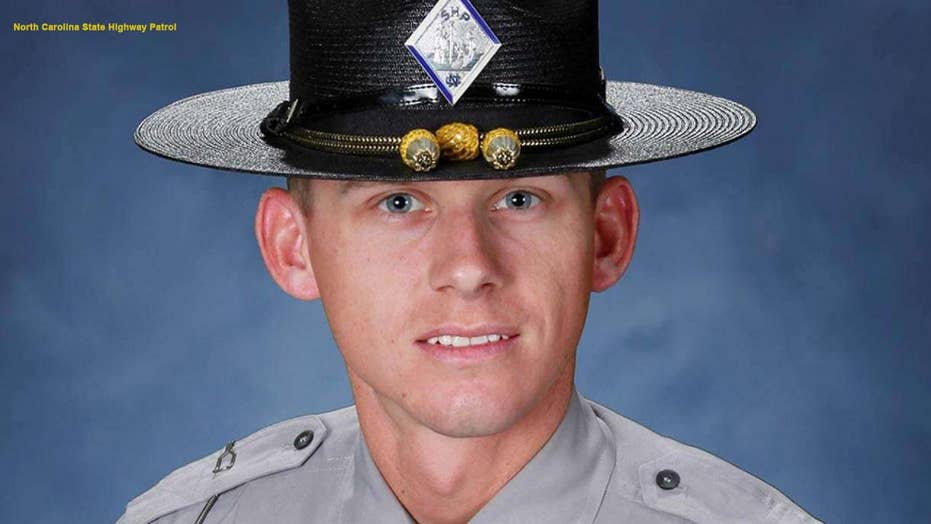 Trooper Daniel Harrell was shot in the face while serving a traffic stop Monday night, but Sherice Richardson, a registered nurse, saw him on the side of the road and had compassion on him. She is credited with saving his life.

Law enforcement officials are expressing gratitude to a registered nurse in Wilson County, N.C. who saved an injured police officer on her day off.

North Carolina Highway Patrol Trooper Daniel Harrell had been shot in the head during a routine traffic stop.

Sherice Richardson, 28, was driving to pick up her daughter from daycare when she saw flashing lights Monday night. After she slowed down, she noticed something wasn't right. She saw that an officer had been shot in the face and was bleeding profusely.

"It was weird," Richardson told the local news. "You're sitting here with someone that is supposed to protect you and he's down but you've got to do something."

Attending to the officer, Richardson called 9-1-1. She used gauze she found in his patrol car to staunch the bleeding and prayed over Harrell until EMT arrived.

It crossed her mind that the suspect could return. But, instead of being afraid, she said she relied on her faith.

"I'm just very, very thankful," she told ABC 11. "I had him in my prayers. I feel like God put me there on that road for a reason."

Harrell's family called Richardson to thank her for her heroic actions.

A GoFundMe page was set up to support Harrell's hospital bills and other expenses, which has raised a little over half of the $5,000 goal.

"This needless assault provides another reminder of the perils law enforcement officers face each day”, I would ask everyone to keep Trooper Harrell’s family and our entire organization in their thoughts and prayers," said Col. Glenn McNeill, Jr. said.

'THANK YOU, JESUS': NURSING STUDENTS SAVE MAN'S LIFE AFTER HE COLLAPSED IN THE GYM

Three men were arrested and taken into custody in connection to the shooting following a massive hourslong manhunt this week. John David Jones, 36, William Allen Boswell, 40, and Bryan Jeffrey Mullins, 25, are all being held at the Wilson County Detention Center under various charges.