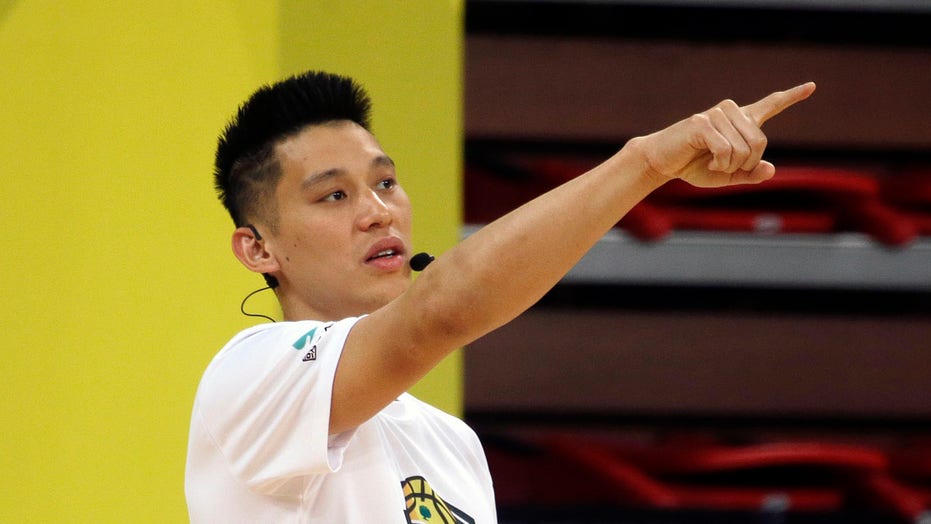 Jeremy Lin has been through a lot -- a knee injury and other setbacks -- since Linsanity was a global phenomenon. Although he recently was on a team that won the NBA championship, he broke down about recent failures and offered hope in Jesus Christ.

The 30-year-old former Toronto Raptors reserve turned free agent, born in California and of Taiwanese descent, gave a tear-filled testimony to a room full of Christians in Taiwan for GOOD TV, a Christian station.

"Man, it's hard and life's hard," Lin said, in between tears, "and I've given more of myself to God every single year, and every year it gets harder."

He broke down while saying he felt like he didn't earn the NBA championship but members of the audience applauded him, with some shouting: "we love you" and "you're the best."

"In English, there's a saying and it says once you've hit rock bottom the only way is up, but rock bottom seems to be getting more and more rock bottom for me," the Harvard University graduate said in a clip that went viral on social media. “Free agency has been tough because I feel like, in some ways, the NBA has given up on me.”

Lin, who titled his talk "The Waiting Game," shared he dreaded giving the talk, something he's done every year, sharing his testimony and offering coaching to young athletes.

"My fear for my career has always been to not be the player that I knew that I could be, and now I'm face to face with that, and I'm at a place where I have no choice but to be completely dependent on God," he said.

Lin received an outpouring of support from fans and teammates alike on social media.

"When you look at me, the only thing I want you to think about is the God that he serves must be really worth it," Lin concluded, "because He really is."