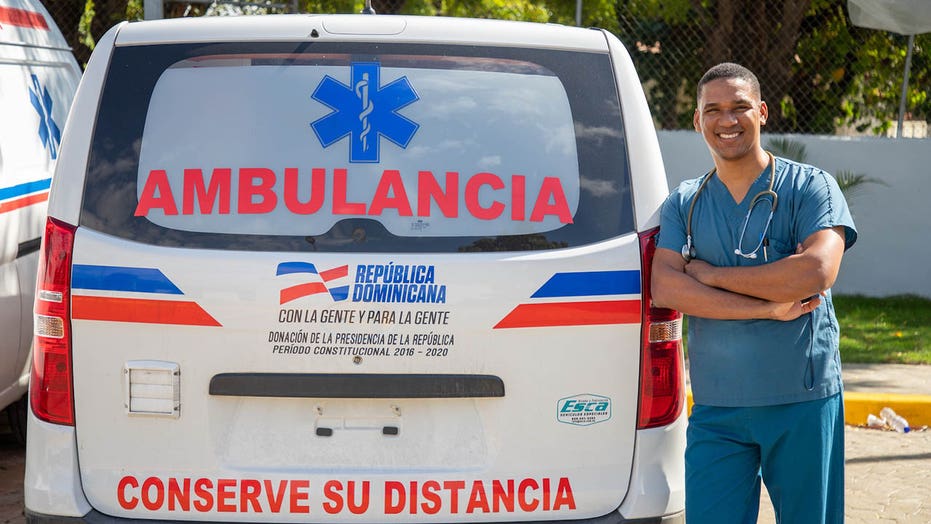 Today, Dr. Jose Frank Piña, 30, has a wife and a daughter in his native Dominican Republic. He is a medical missionary who shares medical advice every Saturday on television.

But when he was growing up in an impoverished community, none of this seemed possible.

Piña grew up in the city of San Juan, in a home that had just two rooms, sharing a bed with two siblings, in an area ravaged by gang violence and frequent flooding.

At 4 years old, he was registered in a local church's Compassion International, a Christian sponsor program center where he received medical care, nutrition and vocational courses like English and computers.

"When I was a child living in a dangerous environment where gangs used to fight with machetes and guns, the letters from my sponsors helped me see a different reality of the world," Piña told Fox News. "We saw hope."

Dr. Jose Frank Piña Montero grew up in extreme poverty, but today he is an outstanding doctor and role model in the same community he grew up in. (Compassion International)

He added: "I thank God for Compassion because being a kid in poverty, you can't have dreams or sometimes you have dreams but you can't make them come true because of the needs you have. They gave me the opportunity to dream and make those dreams come true."

Speaking to Fox News from the hospital where he works now, Piña shared how he is helping others in his community break the cycle of poverty.

Doctor Piña received an award for delivering the first baby in an ambulance. They were called the "angels of the roads." (Compassion International)

It was through Compassion that he met his wife, Yaneli, also a doctor. The two met in high school and they got to know each other better during a Compassion trip.

Today they work as medical missionaries helping different communities in the area through their church, called "Jehova Fuerte y Valiente."

But his favorite role of all, in helping change his community for the better, is that of a father.

“Compassion gave me the best things I’ve ever had. They gave me love, hope and the opportunity to dream and overcome,” he told the organization. “Because of Compassion, I met the most beautiful woman on the planet, my wife, and now I am enjoying the fruit of our love: our daughter, Sofia Arlette.”

Holding his 10-month-old reminds him of the incredible changes he's experienced in his life.

"For me, for my family, for my little daughter, it's something I can't describe because I know it's not something my daughter has to live," he said.

Jose Frank holds one of his sponsorship photos from childhood. (Compassion International)

And it's all coming full circle now, as the family is preparing to sponsor their first child through Compassion, the program that helped lift him out of poverty and connect wirh his now-wife.

"God is going to impact more lives through Compassion," he said. "Me and my wife are planning to sponsor a girl in Haiti ... We are close to her so we can go and meet with her many times and show her love, so we are trying to do that."