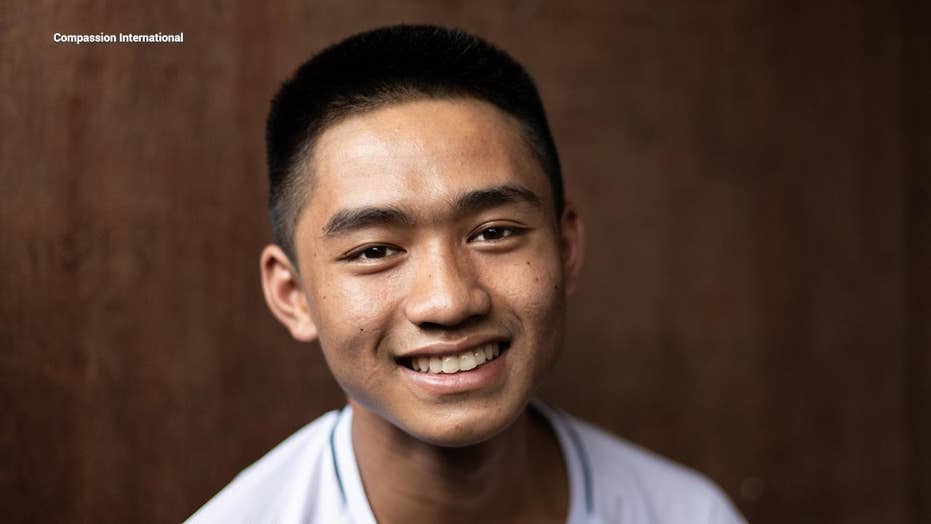 15-year-old Adul “Adun” Samon emerged a hero after the Thai cave rescue last year but he credits his faith in God.

A little over a year ago, the world was glued to the nearly impossible rescue of 12 boys on a Thai soccer team and their young coach trapped inside the Tham Luang Nang Non cave in Thailand.

As the chances appeared to grow slimmer and slimmer with each report coming out of Thailand, a displaced teenager from one of the world's poorest countries emerged a hero.

“By the 10th night, we were losing patience, hope, physical energy and courage," 15-year-old Adul "Adun" Samon recounted to Compassion International. "We could not do anything to help [the situation]. The only thing that I could do was to pray. I prayed ‘Lord, I’m only a boy. You are almighty God, You are holy, and You are powerful. Right now I can’t do anything. May You protect us, come to help us all 13.'”

And with joy, the world saw as British divers, who finally reached the group, shined a flashlight up, and asked members of the Wild Boars soccer team: "How many of you?"

Adun, the only English speaker in the group, replied: "Thirteen."

He's also the only Christian in the group, and while the boys participated in public Buddhist ceremonies, Adun celebrated with a humble thanksgiving service where he leads worship at Maesai Grace Church. He says it was his faith in God that got him through those awful moments as their life hung in the balance in the dark, cold cave.

“Help came from God during the hardest time,” Adun said. “I very intently prayed, and God answered me with His help. It was me and God together facing that situation, and I am thankful to Him for helping me get out of the cave.”

At the age of 8, Adun's parents, from Myanmar in a region known for drug trafficking and guerilla warfare, sent him to the church hostel in northern Thailand to be with relatives who were the pastors of the church, Pastor Go Shin and his wife. There, he would receive a better education and care through Compassion Thailand's sponsorship program.

Before June 23, 2018, life was simple for Adun. He went to school from 7 a.m. to 4 p.m. Then headed to soccer practice until 6 or 7 p.m. Finally, he would head back to the church hostel where he lives for dinner, homework and quiet time before going to bed.

“It was very laid-back,” Adun remembers. “I had everything I needed, and daily life was nothing exciting.”

Adun Samon doing his morning chores at the church hostel before going to school. (Compassion International)

But since the dramatic rescue, Adun has added a few things to his daily routine, including showing up to events, such as going to Middlebury College in May where he was honored with the Global Citizen's Award for his "communication skills and compassion" as he was able to interpret and help aid in the rescue of his fellow soccer friends last year. In addition to English, Adun speaks four other languages: Thai, Burmese, Mandarin, and Wa, a language spoken near the Myanmar and China border.

Adun received a full scholarship to a college prep boarding school in New York, chosen for his good character and work ethic. The Thai government granted him citizenship in time for the opportunity.

“I am so glad,” Adun says, excitement gleaming in his eyes. “This means starting a new life.”

15-year-old Adul "Adun" Samon emerged a hero after being trapped in a cave for more than two weeks alongside his soccer friends. (Compassion International)

Adun, who is noted for excelling in all he does from school to sports to church, has this advice to other teens facing challenges:

“I would say to be patient and confident in God," Adun offers. "Pray and wait on God with hope.”

Compassion International asks for prayers for Adun and the boys for their continued mental and emotional healing, for his parents as they prepare to say goodbye once again, and for Adun's continued education and walk with the Lord.