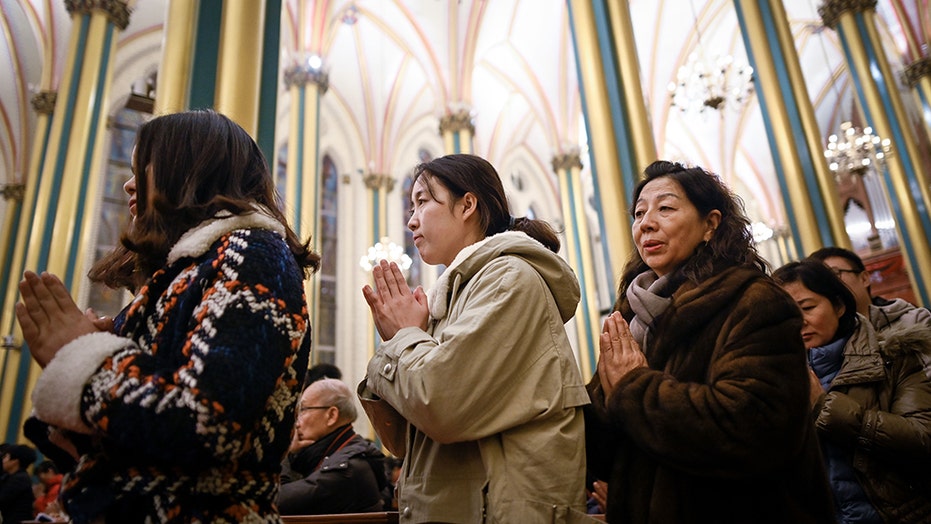 The first Chinese Catholic bishop was ordained with the blessing of both Pope Francis and the Chinese government under a new deal between Beijing and the Vatican.

Monsignor Antonio Yao Shun received the papal mandate and was consecrated as the bishop of Jining, in Inner Mongolia, at a ceremony Monday, Vatican spokesman Matteo Bruni said Tuesday.

It was the first bishop ordination since the Vatican and Beijing signed an agreement Sept. 22 over bishop nominations. The Vatican hoped the deal would end decades of estrangement, unify China’s Catholics and bring all Chinese bishops into full communion with the Holy See.

China and the Vatican signed a provisional agreement on September 22 on who gets to name senior churchmen, an issue that has bedeviled ties for decades, and China quickly said it hoped for an improvement in relations.  (AFP/Getty)

MORE MILLENNIAL WOMEN CHOOSING RELIGIOUS LIFE: 'THIS IS WHAT I'M SUPPOSED TO BE DOING'

Currently, China is home to about 12 million Catholics, who are split between the Chinese Patriotic Catholic Association and an underground church loyal to the Vatican, the BBC reported.

The relationship between the Holy See and Beijing has been strained by a disagreement since the 1950s.

Details haven't been released, but Pope Francis says it involves a process of dialogue, including to nominate candidates, but that he has the final say.

The deal between the Vatican and China is controversial among some Catholics.

Cardinal Joseph Zen from Hong Kong – where Chinese rules on state churches do not apply – accused the Vatican of “selling out.” He said the decision meant that retiring bishops of the underground church would not be replaced by state-approved appointees, the BBC reported.

Meanwhile, Catholic news outlet Crux reported that Shun had been chosen by the Vatican to be ordained some time ago before the agreement came into effect.