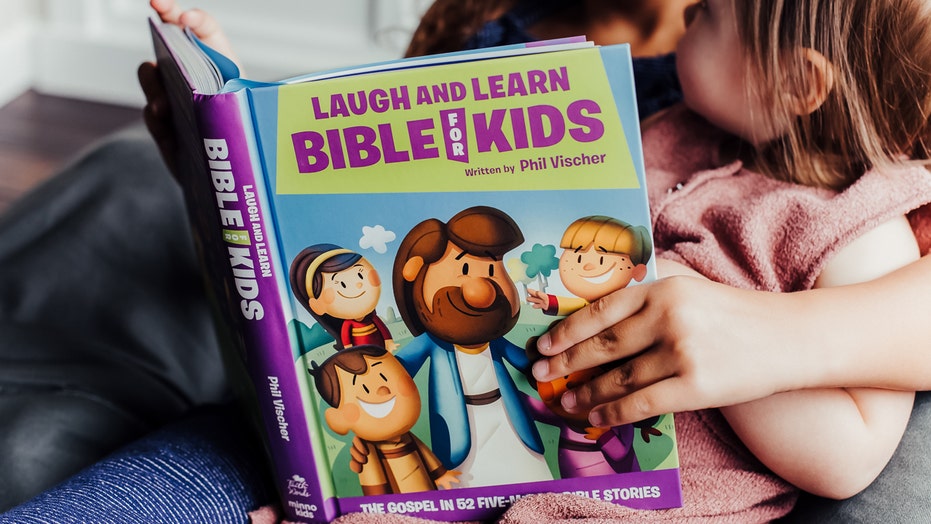 "The Laugh and Learn Bible for Kids," which came out Tuesday, has 52 five-minute stories from Genesis to Revelation.

"After 'Veggie Tales,' I wanted to take kids deeper into the Bible," Vischer told Fox News, adding he did a series but wanted to put all the research and knowledge into an actual storybook Bible to "give kids a big-picture view of the entire Bible."

A story about Jonah from the Laugh and Learn Bible for Kids, written by "Veggie Tales" creator Phil Vischer. (Hachette Book Group)

Made for kids ages 6 to 10, Vischer says it is also fun for parents, many of whom may not be familiar with the entire Bible narrative.

"The Bible has such a reputation for being daunting and boring, but it actually surprises people to say you're going to have fun reading this with your kids," he added.

Each story, which averages to about a five-minute read, include a family connection with questions, discussion, and prayer.

The "Veggie Tales" creator admitted he made the Bible so that parents reading along can be just as engaged, in some cases, reading the stories for the first time and not feel embarrassed or not be able to teach their youngsters.

"The whole family can learn together," he said.

Vischer points to a generation searching for morals and identity in places like Disney films as thousands of people have actually dressed up as characters for their weddings and fiction like the Harry Potter series as quidditch teams pop up on college campuses across the nation.

One thing he wants to show is how everyone who reads the Bible can actually "find their own place in it."