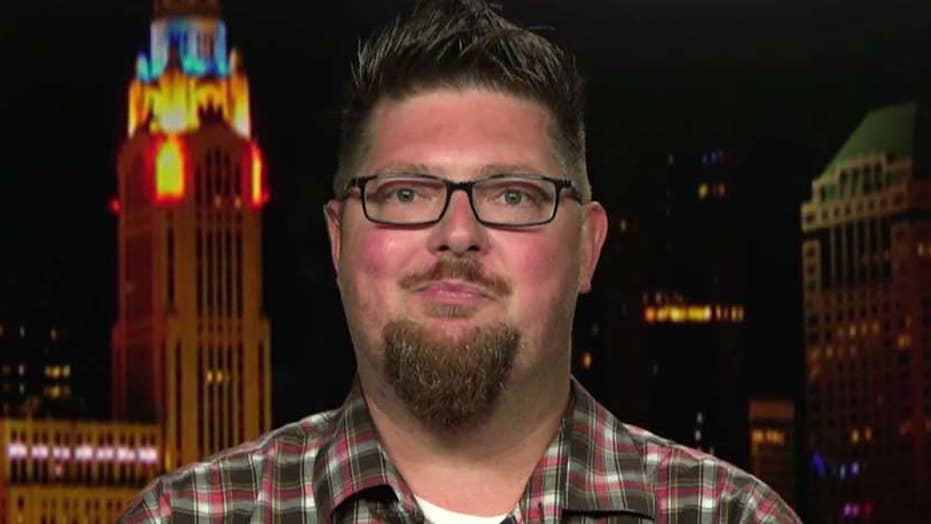 Del Hall explains how he did it.

An Ohio man didn't eat any food for 46 days. Instead, he spent Lent downing craft beer.

Del Hall, who says he drinks beer for a living, works at Cincinnati's Fifty West Brewing Company. Hall wasn't buzzed because he spaced out the alcoholic beverages throughout each day. The army veteran lost 44 pounds over the course of about 40 days after being inspired to try an old Catholic tradition.

"I'm having so much fun with all this," Hall told "Fox & Friends First" Tuesday. "Being a beer guy, you always hear this story about the monks in Bavaria, like in the 1600s, that they gave up all solid food for Lent and they only drank this special kind of beer that they called doppelbock. It's got a lot of nutrients in it, a lot of carbohydrates, and a lot of sugar."

He added: "And I always wondered: Is that real? Can you really do that or not? So I decided I'd give it a whirl this year and try it out for myself."

MILLENNIAL STARTUP CHANGING THE WAY PEOPLE READ THE BIBLE: 'OUR HOPE IS TO DEEPEN YOUR EXPERIENCE WITH GOD'

The Army veteran, who said he was No. 1 in his class and has run a marathon before, said the first week was really tough but after that, he lost his addiction to food.

"After 46 days of not eating food, I feel like I'm well educated now, and I'm ready to go to battle against obesity," Hall said.

The beer connoisseur said craft beer is better than the "standard American fast food diet." He was constantly monitored by a doctor during his fast to make sure his health was sound.

"My health is so much better. My blood pressure. My cholesterol. Everything has improved over what I was eating before of the standard American diet," Hall added. "Craft beer is the way to go."