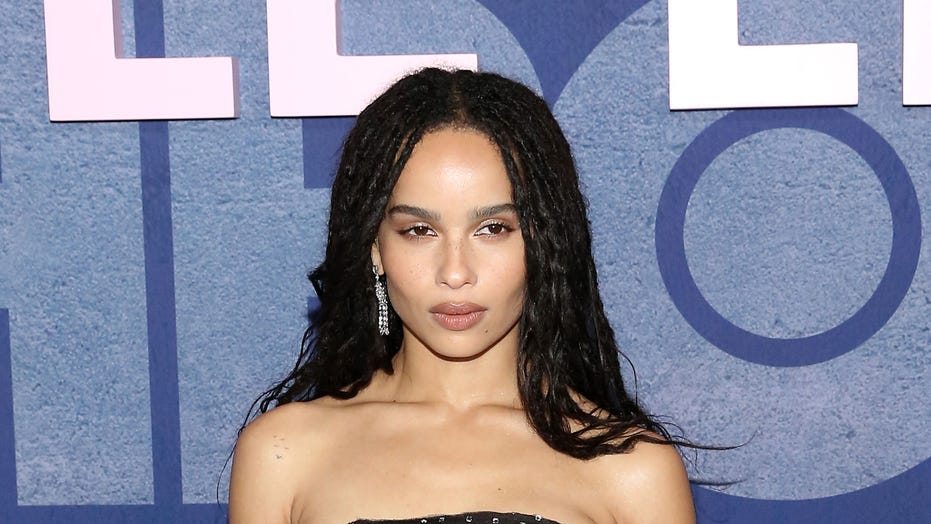 Actress Zoe Kravitz paid homage to her mom, Lisa Bonet, by recreating her iconic Rolling Stone cover from 30 years ago.

First came love, then marriage -- and now Zoë Kravitz is over the baby carriage speculation that continues to swirl after her wedding to acting peer Karl Glusman.

The newlyweds tied the knot in June 2019 and Kravitz, 31, said Monday that while rumors are to be expected, it doesn’t mean she’s longing to jump into motherhood -- at least at the moment.

"A lot of people ask the question, 'When are you gonna have a baby?' or say things like, 'When's the baby?' and I really get offended by people assuming that's something that I have to do because society says so," the “High Fidelity” star told Dax Shepard on his “Armchair Expert” podcast.

The “Big Little Lies” actress said that while having a baby isn’t out of the realm of possibility, she admitted that she simply isn’t giving the prospect much thought -- especially given the current state of the world.

"Right now, I'm certainly not in a place where I think I'm able to do that just because of work and also just, man, I don't know, I like my free time," she explained to the “Bless This Mess” star, who is a dad of two with his wife, actress Kristen Bell.

Shepard, 45, relayed to the new Catwoman star that she should travel to every country before having children with Glusman, 32, whom she dated for two years before revealing her engagement to Rolling Stone in 2018.

ZOË KRAVITZ SAYS 'SEX AND THE CITY' INSPIRED HER 'HIGH FIDELITY' LOOKS: 'IT WAS FUN TO SEE WHAT CARRIE WORE NEXT'

Kravitz raved about her husband to the “Spin the Wheel” host, describing Glusman as “one of the kindest people [she’s] ever met.”

"I feel I’ve known him my entire life," she explained. “He’s one of the most honest people I’ve ever met and I feel like I’ve known him since I was a kid, even though I haven’t. There’s this connection where it’s like we’ve always known each other, we’ve always lived together. It doesn’t feel like this foreign thing."

"We have a history, it feels like," she added. "You know how sometimes you have a weird part of your personality only your friends know from when you were young? We have that same part of our personalities if that makes sense."