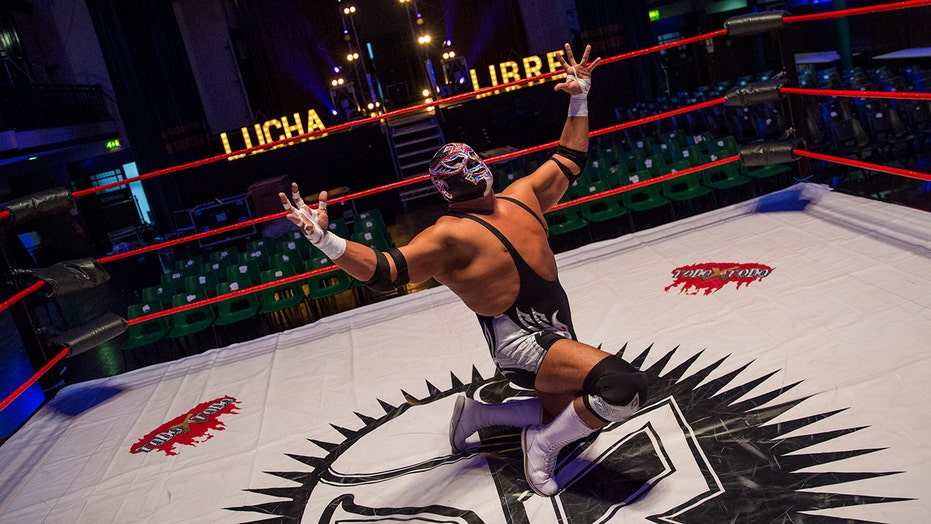 Professional wrestler and former WCW star Silver King died Saturday after collapsing in the ring during a fight in London, officials said.

The 51-year-old wrestler, whose real name is César Cuauhtémoc González Barrón, was performing in the Lucha Libre show at the Roundhouse when he died, organizers said on Twitter.

"Last night Silver King sadly lost his life during an event at the Roundhouse. At this stage the details are still being investigated so we don't have more information we can share," Roundhouse wrote. "Our thoughts and condolences are with his family, friends and all of the Lucha Libre team."

Barrón had starred opposite Hollywood star Jack Black in the 2006 comedy Nacho Libre as the villain Ramses. He was to portray the villainous character during the show on Saturday, according to Roundhouse's website.

Former WCW wrestler Silver King died during a fight in London on Saturday night, according to officials. (Jack Taylor/Getty Images)

Witnesses told the Camden New Journal that Silver King's co-performers did not initially realize there was a problem after he collapsed to the floor after a kick to the side of his body.

“It seemed to be part of the show at first, but then he didn’t get up – and then the medical team was on the stage," a member of the audience told the newspaper. "Everybody was cleared out and lots of police and ambulances were there.”

After Barrón initially collapsed, fans chanted "Silver, Silver," before being told there would be a break in the show until the venue was cleared out, according to the Camden New Journal.

The London Ambulance Service told Sky News that paramedics arrived five minutes after being called at 10:21 p.m., but the wrestler was pronounced dead at the scene.

WWE said in a statement it was "saddened" to learn of his death.

"A champion luchador in his native Mexico, Silver King, real name César Cuauhtémoc González Barrón, entertained audiences across the globe, and was a standout in WCW’s Cruiserweight division in the late ’90s," WWE said. "Outside the ring, he appeared under a mask as the villainous Ramses in the popular 2006 comedy “Nacho Libre.”

Silver King joined World Championship Wrestling in 1997 and regularly appeared on its showpiece TV program WCW Monday Nitro. His highest profile match was an unsuccessful challenge for the WCW Cruiserweight Championship against Guerrera at Fall Brawl 1998, according to Sky News.

Tributes have since flooded in across the wrestling world on social media.