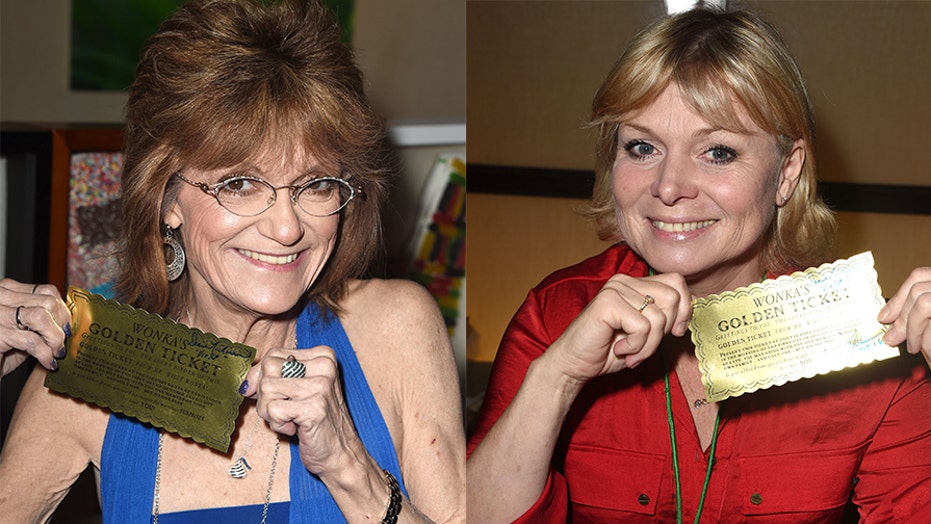 The actress has been taken off life support one year after suffering a stroke.

“It is dreadfully sad,” Cole, 61, told Fox News on Wednesday in a written statement. “Denise has been like a sister to me and we were very close. She had a massive stroke last July and never really recovered. Paris [Themmen] (Mike Teevee) and I went to visit her in September. It was a very sad visit as she couldn’t verbally communicate. But we sang songs — ‘Willy Wonka’ of course! And that made her smile and laugh.”

“But after that visit, she had more seizures and it was clear she was never coming back,” continued the British actress. “Desperately sad as she was about to be a grandmother as am I. I am sure we would have had a lot to share with each other around that. My thoughts are with her son and daughter-in-law.”

It was Nickerson’s son, Josh, and his wife, Jasmine, who announced via Facebook on Wednesday the news concerning the 62-year-old.

“They just took off all the equipment,” the couple wrote. “None of it was helping, but making her only more uncomfortable. We’re telling her it’s okay to let go.”

Nickerson's family also told TMZ Nickerson has been taken off a respirator and she is no longer receiving medication.

The former child star is best known for her role as Violet Beauregarde in the 1971 film starring Gene Wilder.

Josh and Jasmine previously shared Nickerson suffered a "major medical emergency" at home on Monday and was admitted to the ICU.

According to an update on the family's GoFundMe page, Nickerson, "got into her medicines and took as much as she could" while Josh and Jasmine were away at a doctor's appointment. Josh reportedly stopped her and brought her to the ER, where her condition got worse.

Jasmine later wrote on Tuesday that Nickerson's condition worsened and she was unable to breathe on her own, saying the former actress was in a "coma-like state." Jasmine also asked for prayers for her husband, who has "never really experienced a major loss like this."

"He is just coming to terms with the reality of the situation and doesn’t know how to process it. He says to me a few minutes ago that she won’t ever get to see or hold or know her granddaughter."

Nickerson had been admitted to the hospital in June 2018 after having a stroke.

In “Willy Wonka,” Nickerson played one of the spoiled children who wins a tour of the chocolate factory. An avid gum-chewer, she steals an experimental piece from Wonka’s factory that leads to her blowing up like a giant blueberry. Her career also included roles on “The Brady Bunch,” "Dark Shadows” and “The Electric Company.”

She later became a nurse.

Back in January of this year, Cole told Fox News she and Nickerson, as well as Peter Ostrum, became fast friends on set.

“We were the friendliest among the bunch because we were so close in age and we stayed in the same hotel,” said Cole at the time. “We’re all still friends now. It was nice to hang out with kids on a movie set. I had done other things, but you’re usually the only child in an adult world. We all got to hang around and do crazy things.

“Staying in a hotel without any TV meant we used to eat our way through the menu and try all the weird and wonderful things, like frog legs and snails. And if we felt like it, we would eat three desserts in one night and not have anything else because there was no one who could tell us we couldn’t. It really was great. I consider [the other children] my brothers and sisters today. We’re a lifelong family.”