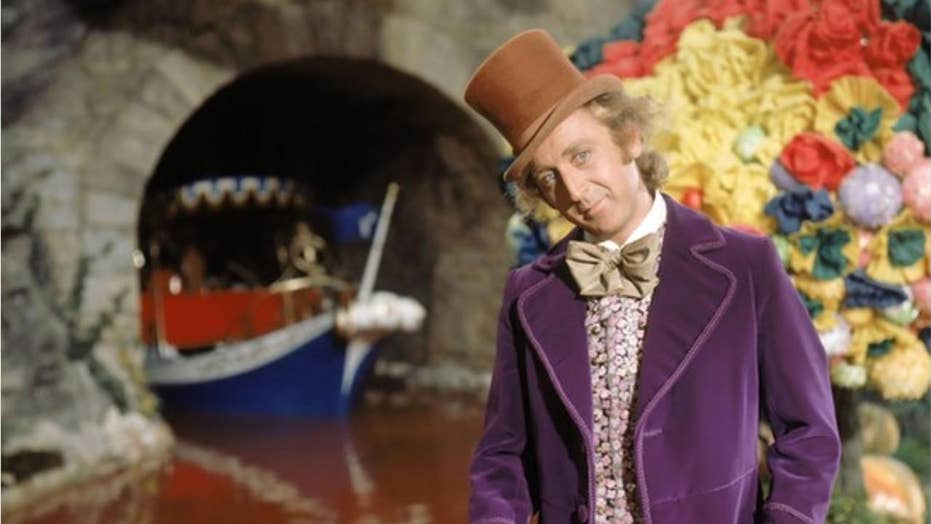 'Willy Wonka’ star Julie Dawn Cole reveals what it was really like working with Gene Wilder, being Veruca Salt

The 61-year-old British actress, who famously starred as demanding brat Veruca Salt in the 1971 film 'Willy Wonka &amp; the Chocolate Factory,' is proud of her child star roots and a few years ago went as far as releasing a memoir, titled 'I Want it Now!,' about her time filming the cult classic.

Julie Dawn Cole knows she was a bad egg  — and she’s not shy about telling all.

The 61-year-old British actress, who famously starred as demanding brat Veruca Salt in the 1971 film “Willy Wonka & the Chocolate Factory," is proud of her child star roots and a few years ago went as far as releasing a memoir, titled “I Want it Now!,” about her time filming the cult classic.

Now Cole has more treats for “Wonka” fans, as she recently announced that she will be auctioning off props from the film later this year.

Cole spoke to Fox News about how she became Salt, her impression of Wilder and other fun facts from the set of “Willy Wonka” that would surprise viewers today.

Fox News: Looking back, what compelled you to write your memoir?

Julie Dawn Cole: It’s never one thing, is it? I supposed being aware that there are parts of one’s life that your kids never hear about. And too much of it disappears with time. I wanted to tell them. Happily, my kids are very interested and apparently, many other people are interested in it too!

Fox News: How did you get the role of Veruca Salt?
Cole: I was in theater school in London. I had a couple of auditions and ‘Willy Wonka’ was just another one of them.

Fox News: You were 12 years old and the only child actor not accompanied by a relative. How did you manage that?
Cole: Well, I’m now a therapist so that explains a lot *laughs*. It wouldn’t happen now, would it? My mom had a job and my sister was in school so it wasn’t an option for her to give up her job. She was a single mom and that’s how it was. I was going to have a tutor, someone who was going to be with me 24/7. I met her at the airport for the first time. And I guess she was my chaperone. I was away from home for three months with a total stranger.

Fox News: What was your initial impression of Gene Wilder?
Cole: I wrote a letter to my mom back home describing my initial impression of Gene Wilder, which is nice because I would have otherwise forgotten. But in my letter to my mom, I said, ‘Today I met Mr. Wilder. And he’s not as tall as you would imagine or I to be. He’s got reddish hair down to his shoulders.’ … [I remember] Gene came in rather dapper in his purple velvet coat with those wonderful twinkling blue eyes. Not as I imagined!

Fox News: Was there anything about Wilder that surprised you?
Cole: Just how ordinary he was! He was not a diva. He was not an ego. He was kind, he was considerate, he was fun to be around and he was patient. You’ve got a group of kids bouncing all over the place high on chocolate and sugar. And yet he was so tolerant and very generous with his screen time.

'SOUND OF MUSIC' STAR TELLS ALL

Fox News: How did you interact with the other children?
Cole: Oh, it was great! Peter [Ostrum], who played Charlie, Denise [Nickerson] and myself were all similar ages, give or take. … We were the friendliest among the bunch because we were so close in age and we stayed in the same hotel. We’re all still friends now. It was nice to hang out with kids on a movie set. I had done other things, but you’re usually the only child in an adult world. We all got to hang around and do crazy things.

Staying in a hotel without any TV meant we used to eat our way through the menu and try all the weird and wonderful things, like frog legs and snails. And if we felt like it, we would eat three desserts in one night and not have anything else because there was no one who could tell us we couldn’t. It really was great. I consider [the other children] my brothers and sisters today. We’re a lifelong family.

Fox News: So there was no feud?
Cole: Only the girly rivalry between myself and Denise for the affections of Peter. We were 12, turning 13. So little fluttering hearts were beginning to kick in. We both had a crush on Peter. He didn’t know it, of course.

Fox News: How did you keep your crush a secret?
Cole: Oh, you know what guys are like. You have to spell it out for them, don’t you? We tease him about it now and he blushes. But maybe he did know. Maybe he enjoyed the affections and the fighting of two girls. Maybe he enjoyed it all *laughs*.

Fox News: There must have been some movie magic involved, but what’s the story behind the candy?
Cole: It was Hershey’s mostly that got shipped out from America. Why they shipped all that Hershey’s over to Germany when we were next door to Switzerland where the best chocolate in the world comes from? God only knows. And a lot of it was made on site like the gummy bears, which were not completely edible, but the ears were. There was a lot of marzipan and chocolate. But as a kid, I didn’t like chocolate!

Mercifully, the only time I really had to eat chocolate was smashing open the watermelon in the imagination scene. That was very unpleasant. It was cold, wet and slimy. I did not like it. But everything else was great. I liked the chewy leaf I got to eat. If you were smart enough, you would gobble up your candy all in the first take so that you get to ask for another one to film the second. I think my waistline increased somewhat.

Fox News: What are some other fun facts about the film that would surprise fans today?
Cole: I wish some of the other actors in those little vignettes were credited. They don’t get a namecheck. I know who some of them are. Like the wonderful woman whose husband was kidnapped — would love to know who she is. There are a couple of scenes that were cut from the film.

Fox News: Is it true you presented a bouquet of flowers to Princess Margaret?
Cole: I did! We had a royal premiere in London and I presented a bouquet to Princess Margaret, who came with her two children. I kept saying to myself, ‘Keep smiling. Remember to curtsy. Try not to shake too many petals off the flowers.’ I was quite nervous. But I just remember how pretty she was. She had these beautiful blue eyes and amazing skin.

Fox News: The film has become a sensation. How did you cope with fame as a child?
Cole: Well, it wasn’t a sensation when it came out. So I was spared the Macaulay Culkin syndrome. When it came out, it was not a box office success. I believe it ran in movie theaters for a matter of weeks. And then it disappeared. It was not popular. It was actually forgotten after that. There was a period in my life where I never even mentioned it. And then it wasn’t until the ‘80s when I learned it had this cult status.

I just figured it was something I would mention in my biography last because it was a children’s movie and it wasn’t a very successful one. So I didn’t talk about it all that much. I liked the movie and I was proud of it, but it took some years before it earned that cult status. Audiences just were initially into its dark sense of humor. They didn’t get it.

Fox News: How many times do you have to yell ‘I want it now’ today for fans?
Cole: Ha! If I had a dollar every time I was asked to say it, I would be very rich. If only I could copyright that phrase! But I enjoy the fact that the film makes a lot of people so happy. Someone could be having a really rotten day and if you say a line from the movie, you see their face light up.

Fox News: How are your castmates today?
Cole: The only sadness of the moment is that Denise had a major stroke in July last year, so she’s not doing very well at the moment. We’re hoping and praying for her recovery. But we’re all good friends. One of the youngest oompa loompas [Rusty Goffe} is getting married this year. He’s been with his lovely lady and the mother of his two boys for 28 years. So they’re getting married in Thailand. So there’s going to be an oompa loompa wedding at last!