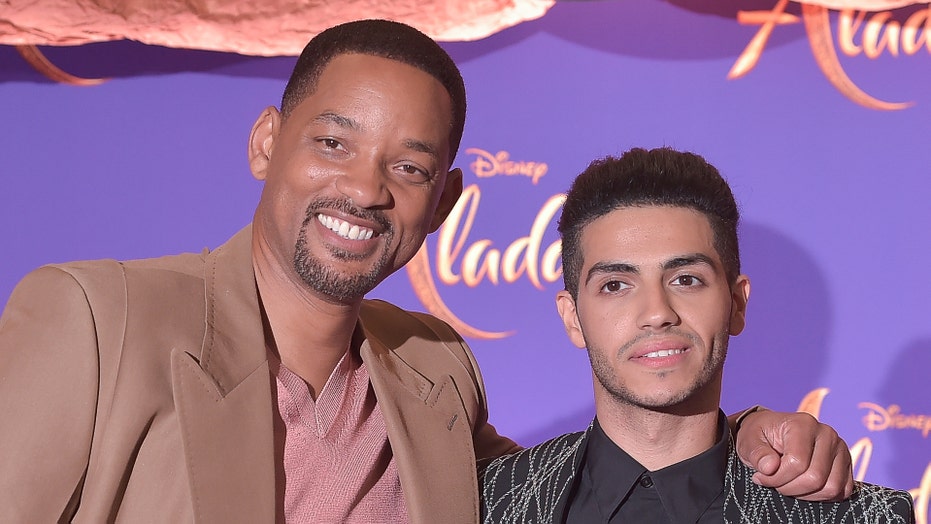 Will Smith is sharing his thoughts on Mena Massoud's recent revelation that he hasn't had a single audition since starring in Disney's live-action "Aladdin."

In an interview with People Magazine on Wednesday, Smith, 51, said Hollywood can be fickle and trials like Massoud's aren't out of the ordinary.

"The thing about this business, that is not unlike life, it's hard by design," said Smith when asked about Massoud. "It's like the universe, God, whatever you believe, designed it to be hard. So, if you’re having a hard time it’s because you’re supposed to."

JAMIE FOXX SAYS DIRECTOR ONCE CALLED HIM 'HORRIBLE,' KICKED HIM 'THE F--K' OUT

"Aladdin," which co-starred Massoud and Smith, made over $1 billion, somewhat of a rarity in the movie business.

Only 44 films have reached the billion-dollar mark, and only three of them have been musicals such as "Aladdin."

"That difficulty is overcome by patience, commitment, dedication, endurance," Smith explained. "If you have a dream, you desperately have to be willing to work on it every single hour of the day with your deepest love and focus. You can not get around having a hard time."

"I'm kind of tired of staying quiet about it," Massoud said. "I want people to know that it's not always dandelions and roses when you're doing something like 'Aladdin.' (People think) 'He must have made millions. He must be getting all these offers.' It's none of those things. I haven't had a single audition since 'Aladdin' came out."

Massoud has appeared in a few projects since the release of "Aladdin," but they were all roles he landed before beating out 2,000 others for the titular role.

"It's like, I'm sitting here being like, OK, 'Aladdin' just hit $1 billion. Can I at least get an audition?'' he said. "I'm not expecting you to be, like, 'Here's Batman.' But can I just get in the room? Can you just give me a chance? So, it’s not always what you think."

However, Massoud said he hasn't given up on acting just yet.

"Still hustling on the grind trying to get my next job and, you know, more people recognize me here and there, but the hustle's the same," he said.