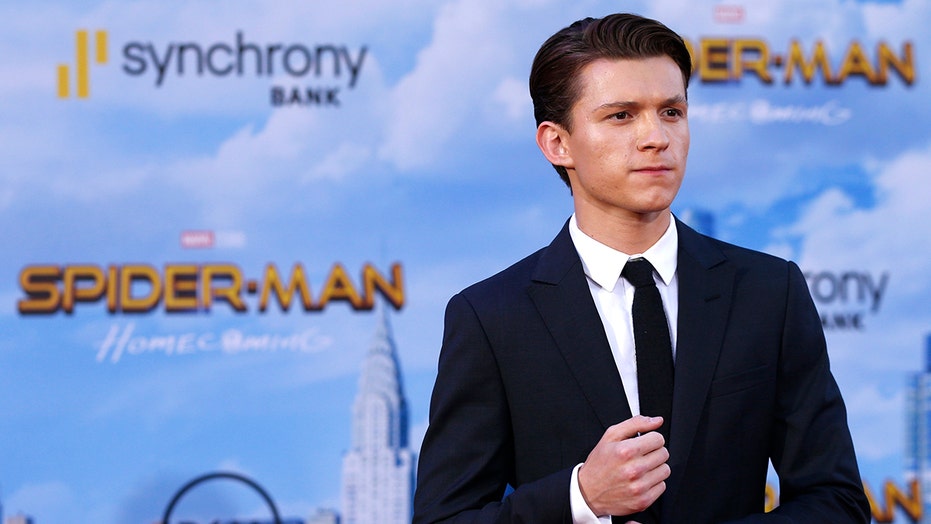 To the delight of many Marvel Cinematic Universe (MCU) fans, it was announced two months ago that Spider-Man would not be leaving the MCU anytime soon.

After a public fallout in August, Sony Pictures Entertainment and The Walt Disney Studios found a way to work together, with the studios revealing that they would, in fact, be teaming up once more to produce a third "Spider-Man" film starring Tom Holland.

Now the 23-year-old actor is sharing more details about what happened behind the scenes of the reunion.

During an appearance on "Jimmy Kimmel Live!" -- to promote his upcoming film "Spies in Disguise" on Wednesday -- Holland explained to the eponymous host that following the news that the two studios would no longer be working together on the project, Holland sent Bob Iger an email, thanking the Disney CEO for the opportunity to be in the MCU.

Iger, 68, was apparently so moved by the note that he insisted on hopping on the phone with Holland. However, at the time of the exec's call, Holland said he and his family were at a local pub where they participating in a quiz night.

"My family and I went to the pub quiz in our local, like, town," Holland said. "We're doing a quiz and I'm, like, three pints in, right? I haven't eaten much and I get a phone call from an unknown number. And I have a feeling, I'm like, ‘I think this is Bob Iger… but I'm drunk.'"

Although Holland did not reveal much about the conversation, he did share that after thanking Iger for the opportunity, the Disney CEO replied: "There is a world in which we can make this work."

From there, the star said there were "a bunch of phone calls back and forth" between Sony Pictures Chairman Tom Rothman, whom Holland said was "really instrumental in the process."

Of initially thinking that it was going to be a goodbye phone call, Holland admitted that he wept.

"... I was really emotional because I felt like it was all coming to an end," he confessed.

"We had a really good plan with what we were gonna do with Sony," Holland told Kimmel, 52, of the stand-alone movie. "The future of Spider-Man was still very bright. But it would have been a shame to take him out of the MCU, you know?

"That's where he belongs and we've built such a strong character in that world, and it would have been a shame to lose that. But, I'm just really glad that we managed to work it out," he added.