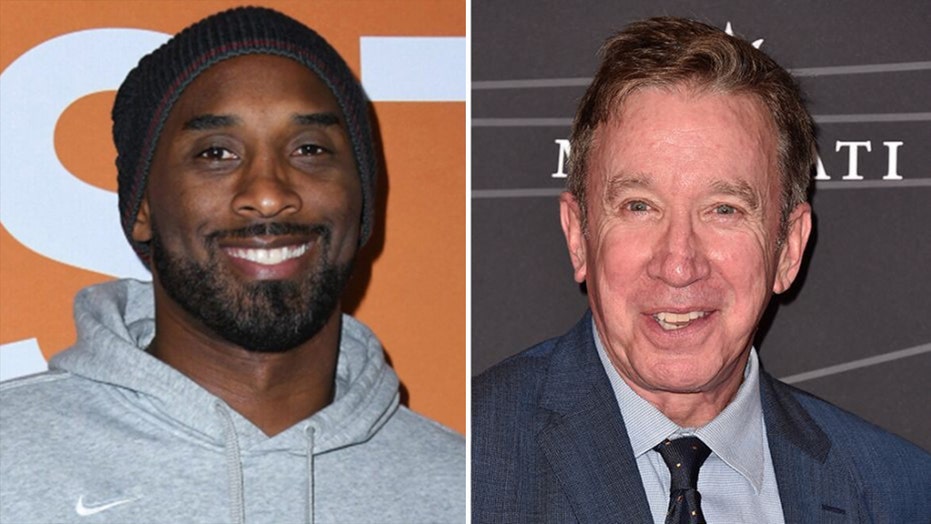 Tim Allen is reeling from the loss of Kobe Bryant, his daughter and the seven others who were tragically killed in a helicopter crash on Sunday.

The "Last Man Standing" star took to Twitter to react to the news, revealing that their sudden deaths hit close to home for him.

KOBE BRYANT: MOM PENS LETTER TO VANESSA BRYANT ABOUT THE PAIN OF LOSING A SPOUSE

"Lost my Dad in a terrible accident when I was eleven. The loss of Kobe, the guests and the dear children sunk deep into me," Allen, 66, wrote early Thursday. "I express my deepest sympathy and feel terrible for the loss to all."

Allen's tweet received over 11,000 likes on Twitter and led to fans sharing their own experiences of losing loved ones.

"Always leave loved ones with a hug and 'I love you,'" one user replied to the actor.

"Life is short. Hug, kiss, and say 'I Love you' everyday to your loved ones. You never know when it'll be your last breath on this earth. Rest in peace Kobe, Gigi and the 7 other victims," another wrote.

According to reports, Allen's father, Gerald M. Dick, died in 1964 after he was hit by a drunk driver. The tragedy led Allen to explore his faith, he revealed to "20/20" anchor Elizabeth Vargas in 2012.

"For years, I just did not like this idea of God, church," he said, according to the outlet. "(I was) still a churchgoer, but constantly a cynic."

He continued that he's had a "curious relationship with God" since his father's passing.

KOBE BRYANT: 5 HEARTWARMING MOMENTS OF THE NBA SUPERSTAR AND HIS DAUGHTER GIANNA

Allen's tweet came shortly after Bryant's wife, Vanessa, broke her silence on the deaths of her NBA star husband, 41, daughter, Gianna, 13, and the remaining victims.

"My girls and I want to thank the millions of people who’ve shown support and love during this horrific time. Thank you for all the prayers. We definitely need them," Vanessa wrote on Instagram.

The touching post continued: "I’m not sure what our lives hold beyond today, and it’s impossible to imagine life without them. But we wake up each day, trying to keep pushing because Kobe, and our baby girl, Gigi, are shining on us to light the way. Our love for them is endless — and that’s to say, immeasurable. I just wish I could hug them, kiss them and bless them. Have them here with us, forever."