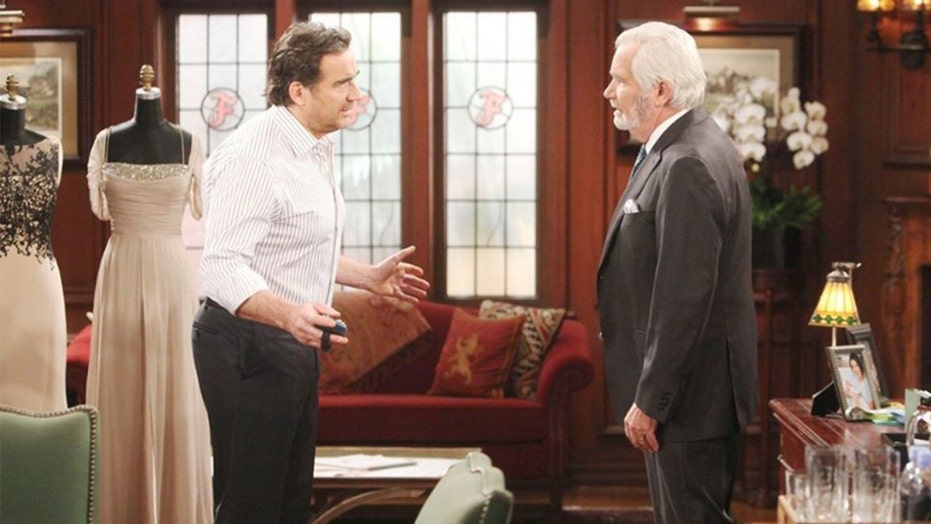 "The Bold and the Beautiful" filmmakers are getting creative when it comes to meeting new production guidelines as a result of the coronavirus pandemic.

The soap opera, which temporarily resumed production on Wednesday, will be making use of one of its old blow-up dolls on set to film sex scenes moving forward, one of the producers has revealed.

Bradley Bell, executive producer and head writer of the long-running soap series, told the New York Post the decision was made with social distancing measures in mind.

CBS TO AIR 'YOUNG AND THE RESTLESS' AND 'BOLD AND THE BEAUTIFUL' RERUNS, SPECIALS AMID CORONAVIRUS PANDEMIC

"When we were reviewing the scripts we started taking out all the romantic scenes and [the scripts] just fell flat," Bell said. "We put our heads together trying to figure out a way to make these scenes work without breaking the eight-foot [distancing] rule...and we brought out a doll we used years ago as a corpse."

Bell said the production team gave it a shot and it resulted in a "very convincing" take.

"It's a great doll and we'll be using her with hair and makeup as a stand-in to match some of our leading ladies," Bell added.

The producer said the show "may be investing in more dolls," including male ones.

"We're searching websites and combing Hollywood to see what's available — so we may be employing a lot of dolls in future love scenes," he said.

The idea comes after the production team wrestled with how to film its most intimate scenes. Another approach that was considered involved the real-life spouses of the actors standing in as stunt doubles. "Some" were interested, he said.

If spouses do step in for future roles, Bell assured they too would be tested for COVID-19. Kissing doubles would be a first for the show, he added.

Like a number of other productions filmed in Hollywood, "The Bold and the Beautiful" will follow "state, county and [unions] DGA and SAG-AFTRA" guidelines.

In addition to sex scenes, Bell said the show is using "extreme caution." The new rules involve downsizing the number of crew members and requiring stars to wear face masks in between scenes, Bell said.

The CBS soap is the first series to resume production amid the coronavirus pandemic. It began shooting on Wednesday. However, according to reports, the filming has since been temporarily paused to allow for more COVID-19 testing to be put in place.