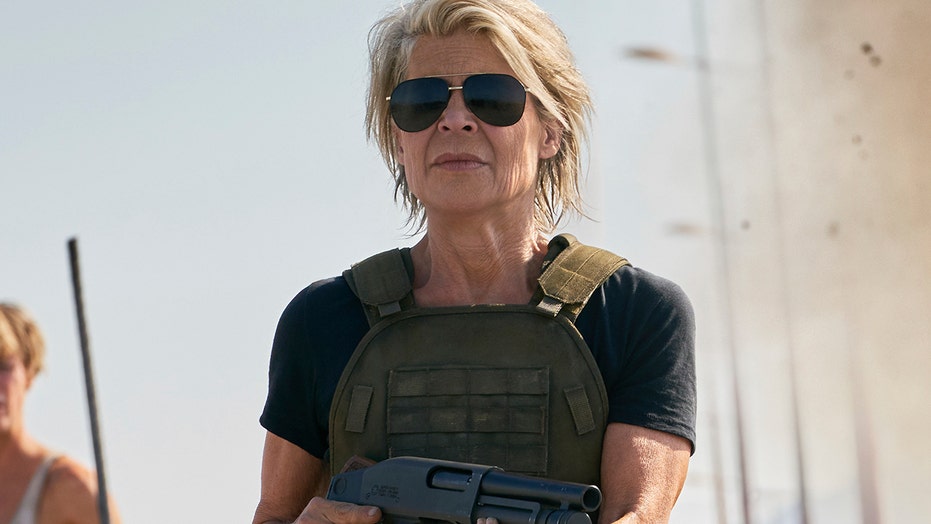 “Terminator” actress Linda Hamilton says the pressure of starring in a multimillion-dollar blockbuster made her want to walk away from the science fiction franchise for good.

The 63-year-old actress reprised her role as Sarah Connor in the 2019 sequel, “Terminator: Dark Fate.” The latest installment marked her return to the franchise alongside Arnold Schwarzenegger after decades away.

Speaking with The Hollywood Reporter, Hamilton addressed the fact that the 2019 installment didn’t meet expectations at the box office despite a positive critical reception. With “Dark Fate” originally conceived as the start of a trilogy, the outlet asked if the star is hopeful about a sequel.

“No. Something says to me… I don't know. I would really appreciate maybe a smaller version, where so many millions are not at stake. Today's audience is just so unpredictable. I can't tell you how many laymen just go, ‘Well, people don't go to the movies anymore,’” she explained. “That's not Hollywood analysis; that just comes out of almost everybody's mouth. It should definitely not be such a high-risk financial venture, but I would be quite happy to never return.”

She added: “So no, I am not hopeful, because I would really love to be done. But if there were something new that really spoke to me, I am a logical person, and I will always consider viable changes.”

Hamilton originated the role of Sarah Connor in the 1984 film “Terminator” as well as the 1991 sequel from director James Cameron, “Terminator 2: Judgment Day.”

'TERMINATOR': A LOOK BACK AT THE FRANCHISE AHEAD OF 'DARK FATE'

Another reason the actress may have for wanting to be done with the franchise is the rigorous training she underwent to look the part of Connor in the film.

"There were no carbs in my life for a year. I got so lean, when I arrived they had to build me a butt," Hamilton previously admitted while appearing on ITV's "Lorraine"

"They added bottom, something you don’t ever see coming -- who wants more bottom? -- but apparently ... I shouldn’t give my secrets away!" Hamilton continued.

Hamilton joked that the films are getting so intense she's threatened to fake her own death not to star in them.

"I've been threatening to fake my own death so I wouldn’t have to do the next one if there is one," she admitted. "It really was hard, it was the hardest and the greatest I’ve ever done."