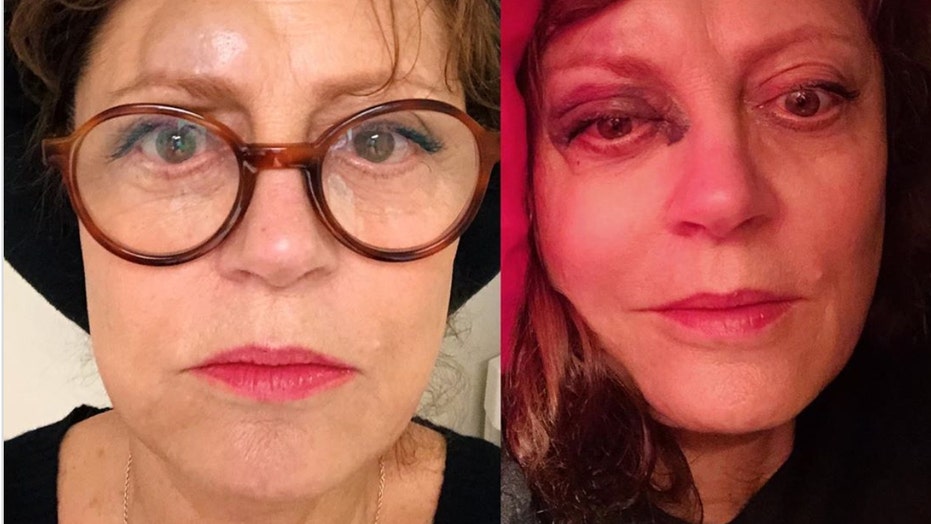 Susan Sarandon is on the mend after suffering multiple injuries in a rough fall.

The actress, 73, revealed on social media she had to cancel an event she had scheduled with Sen. Bernie Sanders in New Hampshire. She took to Instagram to show off her intense injuries.

"A little slip = concussion, fractured nose, banged up knee,” she wrote along with a selfie of a bruised her face with a swollen lump above her eye.

“So, looks like I won’t be able to meet the folks in New Hampshire with Senator [Bernie] Sanders tomorrow. I’m really sorry I’ll miss that opportunity.”

Sarandon then used the post to bring awareness to climate change and gun violence.

“This is an emergency. Ask the scientists, the farmers, the creatures in the sea. Ask all those who have lost their homes from hurricanes, flood and fire, ask the endless stream of climate refugees, and the people of Flint, San Juan, and Standing Rock,” she wrote.

“This is an emergency when our young people have no hope for education, for dream-making, because of insurmountable student debt. When teachers are forced to have additional jobs and when 40 hours of honest labor can still leave you in poverty. …”