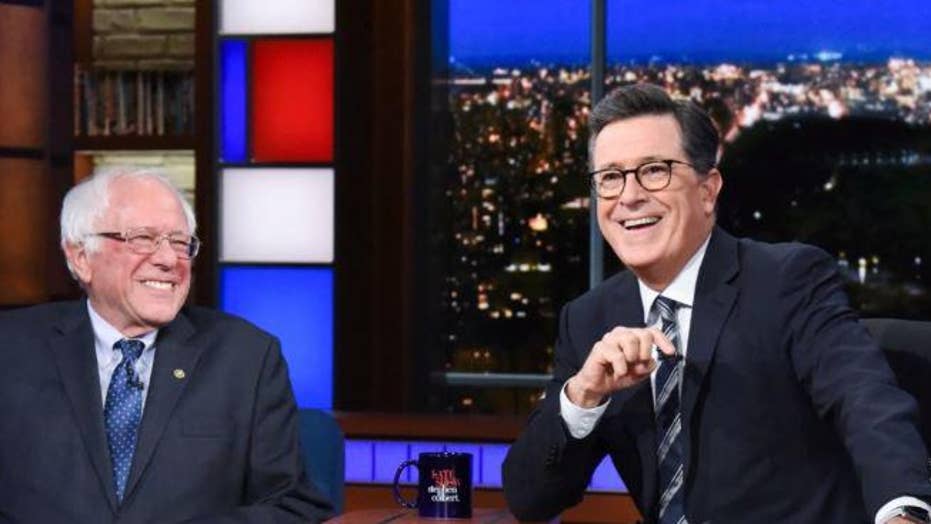 Stephen Colbert is no fan of Donald Trump, and it looks like he isn't backing Bernie Sanders either.

Colbert highlighted one key area he believes the 77-year-old socialist is lacking in comparison to his Democratic competitors.

“The field is also way more diverse this time with multiple women, people of color, the first openly gay major party presidential candidate, but for all that diversity, Bernie Sanders does not believe that hurts his chances,” he said.

The comedian then played a clip of Sanders’ speaking earlier in the day when he said candidates should be looked at based on their “abilities” and not any other factors.

Colbert then, while doing his best Sanders impersonation, joked: “Yes, like Dr. King, I have a dream. A dream where this diverse nation can come together and be led by an old white guy.”

It came after Sanders formally tossed his hat in the ring earlier in the day in an interview with Vermont Public Radio, followed by a web video and email to supporters.

While blasting President Trump as a "pathological liar," Sanders said in the radio interview he's running to pursue policies like universal health care and a $15 minimum wage.

His challenge this time, however, will be standing out in a field of candidates who largely have adopted the big-government policies he championed three years ago.