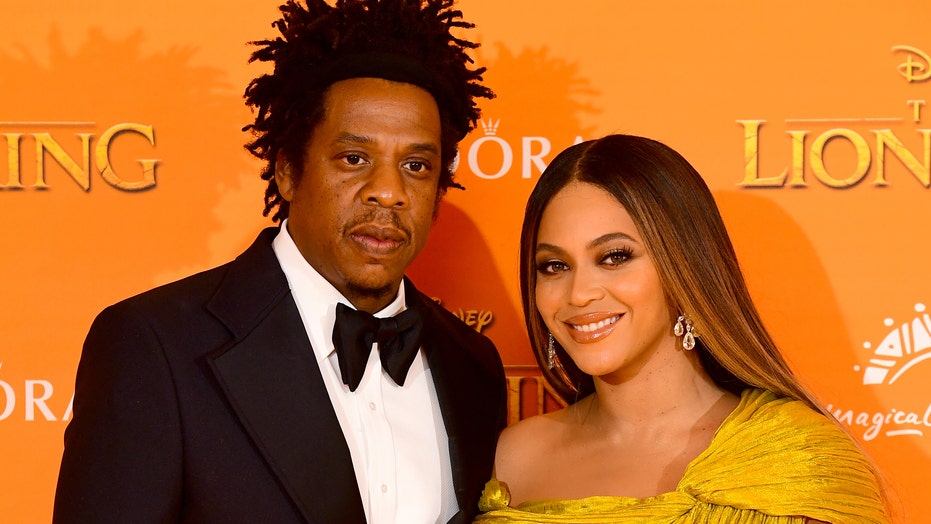 Beyoncé and Jay-Z are among the most famous names in the music business, so it's understandable fans watch them like hawks.

The pair, who boast a combined net worth of $1.4 billion according to a 2019 Forbes article, drew attention on Sunday while attending Super Bowl LIV for staying seated during the performance of the national anthem.

Viewers took note of their choice, considering Jay-Z's involvement in choosing the performers at this year's Super Bowl, which featured Demi Lovato performing the song.

JAY-Z SAYS HE TURNED DOWN THE SUPER BOWL HALFTIME SHOW AFTER NFL ASKED FOR HIGH-PROFILE GUESTS: 'IT WAS A PRINCIPLE THING'

One viewer said he found the duo's decision to sit during the national anthem "disgusting."

"#Beyoncé and #JayZ didn't stand during the Super Bowl National Anthem to make a statement..." the individual tweeted. "I don't think so, I think they only showed how disgusting they both are..."

"#Beyonce and #JayZ are both so obnoxious," said another. "I'm embarrassed she's from Houston."

"How could you not stand with 4 WWII vets there - 100 years old each!" noted another.

"Terrible role models for their daughter & for the country," another criticized, referring to the couple's 8-year-old daughter, Blue Ivy, who also stayed in her seat, according to TMZ.

SUPER BOWL LIV COMMERCIALS: THE BEST AND THE WORST

On the other hand, there were people who praised Beyoncé and Jay-Z's actions.

"I served in the US Military for over 20 years proudly, and I did, so that people could exercise their 1st amendment rights - like, for example, not having to stand for the National Anthem," said one user. "It is their right to not stand if they choose. Freedom."

"Wow! They’re Americans who believe you 'have to' stand for the national anthem. That’s interesting. It’s not true. It’s always been a choice," said a tweet referencing critics. "In other news, no one is mad at the white guy sitting next to them seated during the song?"

Another person shared a photo of the "Love on Top" singer, writing, "America should stand for them, NOT the other way around."

"MUCH RESPECT for Beyoncé and Jay-Z in supporting Colin Kaepernick's fight against #injustice," wrote another. "NO RESPECT to the NFL for bowing to pressure from @realDonaldTrump and taking Kap off the field."

Meanwhile Colin Kaepernick, a former NFL player known for kneeling during the national anthem in protest of police brutality against African-Americans and other minorities, also weighed in.

He posted a screenshot of TMZ's story on the matter to his Instagram Story, posting a quizzical face over it and the text "I thought we were 'past kneeling' tho?"

After Jay-Z's entertainment company Roc Nation partnered with the NFL to promote diversity within the league, the rapper drew backlash, as some critics saw the business move as purely economic as well as a betrayal to Kaepernick's fight for racial justice.