The country cutie has been at the center of a cheating scandal for a couple months now.

LOS ANGELES – Leann Rimes may have gotten her man, but that doesn’t mean she's living the dream.

The country singer has been on a downward spiral since it was revealed that her husband Eddie Cibrian’s ex-wife, “Real Housewives of Beverly Hills” star Brandi Glanville, was penning a sordid tell-all with intimate details regarding the affair between Cibrian and Rimes, who met on the set of “Northern Lights” in 2008.

According to excerpts released by Life & Style Weekly from the memoir, titled “Drinking & Tweeting,” Glanville delves into the moment she found out about her husband's affair, claiming Cibrian first “swore up and down (her) body that it wasn’t true." She also said that at that time Rimes was a “bigger girl” who once asked her husband to lick cake frosting off her “non-existent chest,” not realizing Granville was present.

Glanville reiterated her loathing for Rimes during a book signing at West Hollywood’s Palihouse on Monday night.

“She can go ‘f**k herself,” the Housewife spat. “She has to, because who would want to?”

Now an insider close to Rimes tells FOX411’s Pop Tarts column that Rimes – who recently read most of Glanville's book – was “shocked” by how much she's mentioned, and how much Cibrian and Granville’s two sons Mason, 9, and Jake, 5, are as well.

“Leann needed to know what to expect from it all, and knew it would be bad. Perhaps just not that bad,” said the source. “She genuinely loves the two boys and has a great bond with them, which she obviously hopes never changes, in spite of everything.”

We’re told that the singing sensation is “very fragile” right now, but is preparing herself for the roughness of the weeks surrounding the book's Feb. 13 release.

“Leann has kind of been through the worst of it, but has a very strong support network around her for when things become too much,” explained the source. “It’s a slow road, but she is learning to rise above it and looking at the long-term priorities – her health, marriage and being a stepmom.”

“Leann feels the need to always defend herself,” continued the insider. “But everyone is trying to stop her from engaging in it all.”

And what about those photos of Rimes crying following a lunch with a friend on Monday? We’re told it was simply “one of those moments” in which Rimes’ friend offered some “heartfelt” words regarding her professional life, not her personal life. A rep for Rimes told us she was simply “sneezing” in the snaps, and that that the photographer chose to crop out her husband and Cibrian from the image.

Our insider also says that despite the rumor mill running regarding problems between Cibrian and Rimes, their relationship – even with the release of Glanville’s book – is stronger than ever.

“They are doing great,” said the pal. “Eddie is her greatest supporter.”

A rep for Cibrian did not respond to a request for comment. 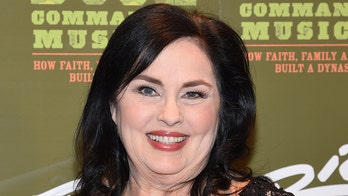