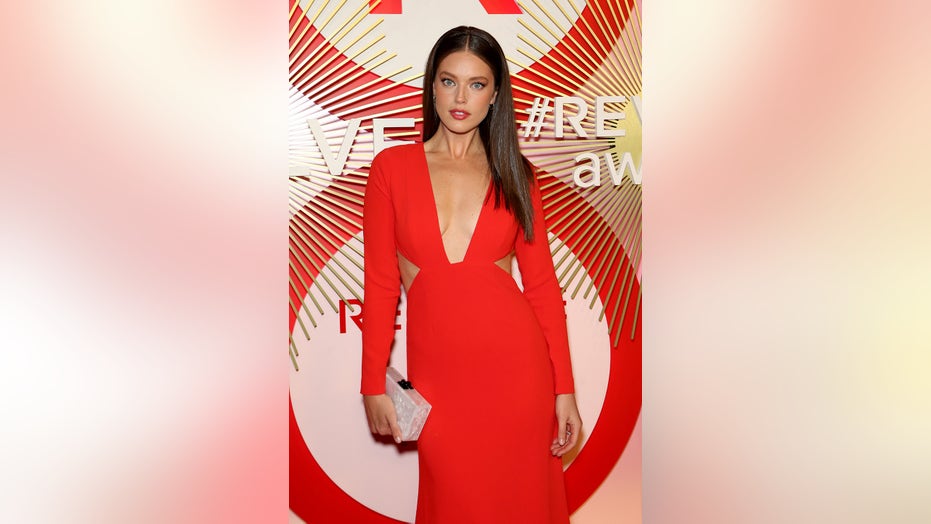 The Sports Illustrated Swimsuit model, who has made her mark on numerous fashion runways, opened up about her struggles with body acceptance in a YouTube video she recently uploaded.

According to the 28-year-old, she moved to New York City in hopes of pursuing a career in modeling. However, agencies were quick to tell her she was “too curvy, too big and too athletic.”

“To me, to be successful, is to be thin,” said DiDonato of her 18-year-old mindset.

“So I am going to do whatever it takes, and I did,” she continued. “I was eating as little as possible, I was very obsessed with what I was putting in my body and I was over-exercising.”

DiDonato was so determined to shed the pounds that she ditched taxis and public transportation and walked everywhere. According to the model, she went from 140 lbs. to 118 lbs. in just a few weeks. Still, DiDonato suffered from depression.

And even after losing more than 20 lbs., DiDonato still received negative feedback from agencies. This time, they told her “she looked better before” and “she doesn’t look super healthy.”

The star shared that it was her loved ones reaching out and expressing their concern for her health that inspired her to stop dieting. DiDonato gained the weight back “and then some.”

But that didn’t make her happy either.

According to DiDonato, she still didn’t like the way she looked. Instead, she felt “really embarrassed” that she was “failing” her agencies. She also resorted to wearing baggy clothes to hide her body.

Despite her insecurities, DiDonato decided to audition for the highly coveted Sports Illustrated Swimsuit issue. While DiDonato booked the gig, she was unhappy with the final snaps because she felt “so big” and “so fat.”

But when then issue was finally released, everything changed.

“I started working more than ever,” recalled DiDonato. “I felt free because there were pictures out there of what I actually looked like and what my body looked like. And Sports Illustrated was celebrating it enough to put it in their issue.

Since then, DiDonato has continued to model for SI and has landed multiple Vogue covers internationally. DiDonato’s career continues to flourish, but her path to self-acceptance is still a daily process.

“I catch myself still — and I would catch myself then — being like, ‘You’re fat, you’re disgusting, you don’t even look like a model, your legs are disgusting, what model looks like that, no one’s going to want to shoot me like this,’” said DiDonato.

But when she finds herself being tormented by negative thoughts she immediately “judo chops” them with positive comments.

“Finding the self-love and loving the skin that I’m in took time and it took effort,” said DiDonato. “There’s nothing sexier than a woman who’s comfortable in her skin and her body. And that’s something that I’m working at every day.”